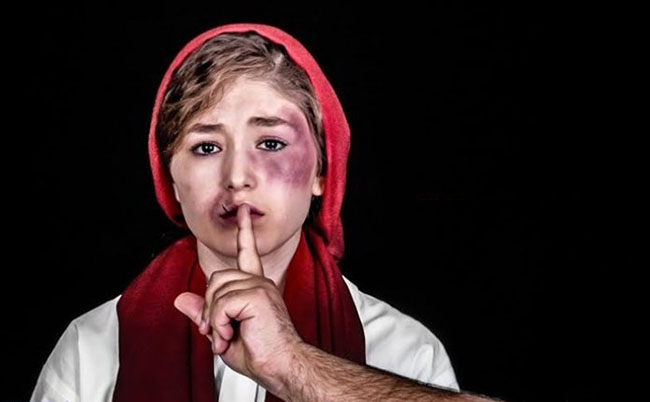 ‘Masculine honor’, social norms, and conservative attitude continue to subjugate women in conservative Afghanistan where women are seen as object to serve the patriarchic dignity of family.

The fifteen year old Basira lost her life in a death wrapped in mystery. Her family members claim that she took her life by taking poison though a number of witnesses say Basira was killed by her brother.

Conservative and misogynic, Afghanistan is a country where female population undergoes through a systematic domestic violence. Activists say the country’s patriarchic culture provokes Afghan men to treat women as object to serve the patriarchic dignity of family. According to reports by international media and Afghanistan Independent Human Rights Commission (AIHRC), the country is a dangerous place for women with cases of sexual crime and domestic violence on the rise.

On Monday morning of September 23, Basira fell down from rooftop of her house while being beaten by her brother, eyewitnesses say. They say even after her fall, her brother kept beating Basira with a piece of wood. She died under harsh whipping, according to eyewitnesses.

To avoid investigation by local police, Basira’s family took her dead body to hospital, say eyewitness. The family has claimed that Basira was sick. But people dwelling in the area say she lost her life as the result of domestic violence and signs of violence were evident on her body.

Mohammad Javad Dadgar, head of AIHRC office in Bamyan, said local authorities are responsible to investigate mysterious murder cases. According to him, Bamyan provincial prosecutor’s office is not even ‘aware’ of such cases.

With no executive mandate, the AIHRC is an organization that faces many obstacles when it comes to report murder cases such as Basira’s one.

Safora Sadat, prosecutor at the Bamyan prosecutor’s office, who investigates cases of violence against women and child abuse, said she has no knowledge about Basira’s death. Authorities from Bamyan Criminal Investigation Department has not reported about the case, she says.

Sayed Rabbani, head of inspection at crime detection division, says documents on Basira’s death, suggest that her death was reported to district administration on 24 September. He added that cases such as this one will not be sued as the victim’s family deliberately avoids inspection and investigation.

The central Bamyan province, which was home to pre-Islamic civilization and houses ancient male and female statues of Buddha, has undergone change in the last 18 years. Women can ride bicycle, drive car, sing song and work in public spaces in Bamyan. But the province has seen many cases of violence against women. Official reports suggests that at least four women—Habiba Safar, Sharifa Ali Dost, Masoma Mohammad Ali, and Basira Abdul Samad—have lost their lives between 10 to 23 September.

‘Masculine honor’ coupled with social norms continue to subjugate women in Afghanistan. Domestic violence, ‘honor killing’ and sexual crimes are what that make life a living hell for women. Earlier in September this year, police reported a gang rape in Yakawlang district of Bamyan.

Zakia Rezai, head of Bamyan Directorate of Women Affairs, noted that judicial institution along with law enforcement agencies are accountable to launch probe on death cases. Activists, however, say only government organizations cannot be blamed for violence against women. They say the entire society—judicial institutions, police, education sector and social activists—have to play their roles in fighting against domestic violence and ‘honor killing’ which are a deep-rooted-cultural phenomenon in the country.