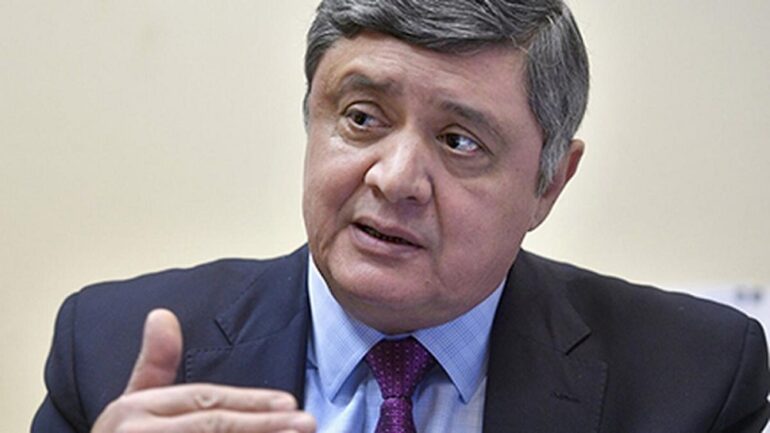 Russian special envoy to Afghanistan, Zamir Kabulov, has said that his country is concerned over attempts being made by the US to “get back the capabilities to control and influence the processes undergoing in Afghanistan.”

In an interview with the Hindu newspaper, Kubulov said that his country was “particularly concerned about the attempts still undertaken by the USA to anyhow get back the capabilities to control and influence the processes undergoing in Afghanistan, including by means of establishing its military infrastructure in neighboring countries.”

The Russian diplomat added that threats and spread of terrorism from Afghanistan remained in Russia’s focus as the Taliban are “still far from solving the problem.”

Pointing to conditions set forth in the 4th Moscow meeting of the Moscow Format Consultations on Afghanistan, Kabulov noted that the Taliban regime’s efforts in terms of taking counterterrorism measures are “insufficient”.

The 4th meeting of the Moscow Format Consultations was held on November 16, 2022, without the Taliban’s presence. The Taliban regime described the meeting as “incomplete” without the group’s presence.

The Joint Statement of the Moscow Format attended by 11 countries strongly recommended that Taliban-controlled Afghanistan “fulfill its commitments to eradicate terrorism and drug trafficking emanating from its territory, take more visible steps against all terrorist organizations, and to firmly fight, dismantle and eliminate them, so as to ensure that Afghanistan would never again serve as a breeding ground, safe haven or source of proliferation for terrorism”.

“As for the prospects for official international recognition of the Taliban regime, it will depend on whether Kabul implements the following conditions: completion of the process of inter-Afghan reconciliation, formation of truly inclusive power structures reflecting the interests of all key ethnopolitical forces of the country, efficient efforts to eradicate terrorist and drug threats, respect for basic principles of human rights,” the Russian envoy was quoted as saying.

He added that the “lack of ethnopolitical inclusiveness” of the current Taliban administration was the main deterrent for it to gaining international recognition. To find a solution, Kabulov said the issue of inter-Afghan settlement was still relevant, adding that Russia was ready to provide necessary assistance if the Taliban shows a signal from Kabul.