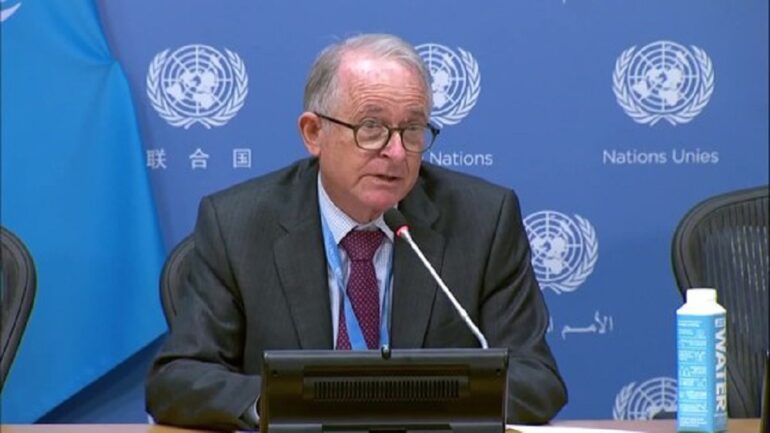 The United Nations Special Rapporteur on Human Rights for Afghanistan Richard Bennett has emphasized the essential need for an independent and transparent investigation over the killing of members of two Hazara families allegedly by the Taliban forces in central Daikundi province. He stated this via a tweet on Friday, December 2.

Early on Thursday morning, November 24, the Taliban stormed Sewak-e-Shibar village in Nili, the capital center of Daikundi, and attacked a house. The group’s fighters, according to reliable sources, have killed nine civilians, including four children of two Hazara families.

This incident in Daikundi has had widespread reactions.

UNAMA has said that it is working to “establish facts” on the deadly Taliban attack in Sewak-e-Shibar village of Daikundi province. It has already engaged the Taliban on the need for “credible investigation” and accountability.

Previously, the United Nations Children’s Fund (UNICEF) condemned the Taliban’s deadly attack in Daikundi as well. Via a  tweet on November 26, the organization stated, “UNICEF is deeply shocked and saddened by the terrible attack that left four boys – aged between 1 and 14 – dead.”