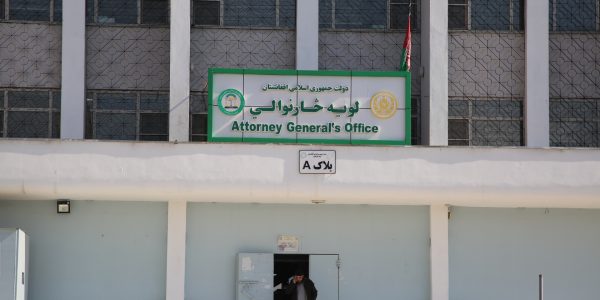 Unknown gunmen have shot dead five employees of the Attorney General’s Office (AGO) around 8:00 AM this morning, June 22, in Dehsabz district of Kabul province, said the AGO’s spokesperson, Jamshid Rasooli.

He added that the victims were employees of the justice center and Bagram prison. According to him, the armed men opened fire and killed the AGO’s staffs while they were heading toward their offices in Dehsabz district.

Confirming the attack, spokesperson for Kabul police department, Ferdaws Faramarz detailed that the incident took place in Dehsabz road, an area in PD19. He identified the victims as two prosecutors, one driver, and two other employees of the AGO.

No one has claimed responsibility for the deadly attack but the Taliban have repeatedly threatened the country’s justice and judicial staffs.

On the other hand, the police official confirmed that a police officer was killed and one another was wounded by armed robbers around 07:10 AM this morning, June 22, in PD3 of Kabul city. He detailed that the armed robbers opened fire when they were tracked by police forces. Efforts are underway to arrest the culprit, according to police officials.

He added that Kabul police have arrested 89 criminals over past week as the result of intensified fight against organized crimes happening in the capital Kabul.