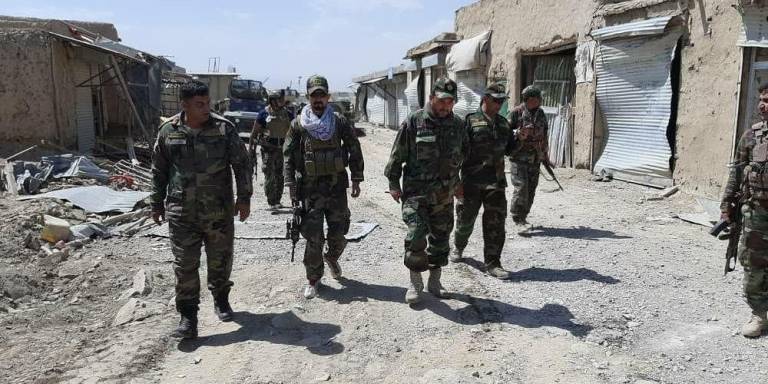 As many as 30 Taliban militants were killed in counter offensive launched against the militant’s attacks in suburb of Ghazni city earlier this morning, August 19, according to the Ministry of Defense (MoD).

Fawad Aman, spokesperson for the MoD, assured that the attacks were repelled. He added that Afghan defense and security forces also discovered and destroyed a tunnel dug by the militants which was used for sanctuary and launching position against government forces.

Though he did not provide any figure regarding casualties of government forces, spokesperson for Ghazni governor, Wahidullah Jumazada, confirmed to Kabul Now that a senior police official, Feroz Ahmad, was shot dead today, August 19, in the battle against the Taliban militants.

On the other hand, local officials in the southern Urozgan and the northern Baghlan provinces have confirmed deaths of three security forces and wounding two others as the result of ambushes and roadside bomb explosions in these provinces.

Meanwhile, Nazir Najm, spokesperson for Baghlan governor, underlined that 11 others, including civilians, were wounded in a roadside bomb explosion in Pul-e-Khumri, capital city of the province.