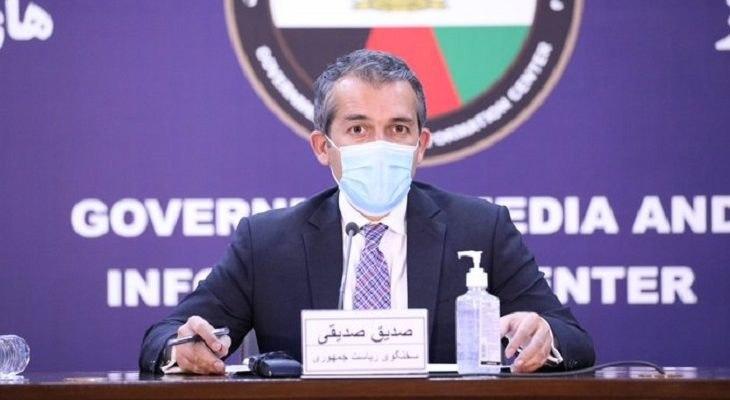 Sediqi underlined that the grand assembly would be held to inform people about possible dangers and opportunities of the peace process.

In his Eid celebration speech delivered on Friday, July 31, President Ghani said that the government has already released 4,600 Taliban prisoners. He, however, asserted that Afghanistan Constitution does not allow him to release the remaining 400 Taliban prisoners.

The government, particularly president Ghani, is widely criticized for taking controversial positions at different stages when it comes to prisoner swap with the Taliban. In November 2019, three key Taliban prisoners, including Anas Haqqani, a younger brother of the leader of Haqqani Network who was sentenced to death, were released in exchange for the release of two foreign captives kept by the Taliban.

Ghani released Anas Haqqani while he had previously announced that his release was a “red line” for the Afghan government. The release of a high profile Taliban leader sparked criticisms among the Afghans, retired security officers and right groups.

After taking oath of a disputed presidency, Ghani announced that his government would release Taliban prisoners in several phases. The US Special Representative for Afghanistan Reconciliation Zalmay Khalilzad, who attended Ghani’s oath-taking ceremony, welcomed his announcement.

The remaining 400 Taliban prisoners on the group’s list to be released are convicted of crimes against humanity, drug trafficking, and high profile attacks, according to the government. Despite requests by government officials for replacing their names with other Taliban inmates, the Taliban have remained strict on their demand for release of these prisoners.

This comes as another key element of the US-Taliban agreement, significant reduction in violence, has not been implemented, with scores of civilians and Afghan forces have so far lost their lives to Taliban violence. However, reports suggest that dozens civilians and Taliban insurgents have also been killed in attacks and airstrikes carried out by Afghan defense and security forces.

In its latest claim, the Ministry of Interior (MoI) accused the Taliban of killing 20 civilians and wounding 40 others only during a three day truce the two sides declared on the occasion of Eid al-Adha. Speaking at a press conference, Tariq Arian, spokesperson for the MoI, said that the Taliban have violated ceasefire at least 38 times.

On the other hand, local officials in the southern Kandahar province confirmed that three civilians were killed and three others wounded as a result of a landmine explosion in Spinboldag district of the province. Attributing the incident to the Taliban, the officials added that it took place on late Sunday night, August 02, in the area.

On the other hand, local officials in the northern Samangan province confirmed that the Taliban have released former district governor of the province’s Dara Suf Balla district, Mohammad Ali Hassani, on Monday morning. Mr. Hassani was abducted by the militant nearly five months earlier along two other local government staffs. There is no detail about the whereabouts of two other government staffs.