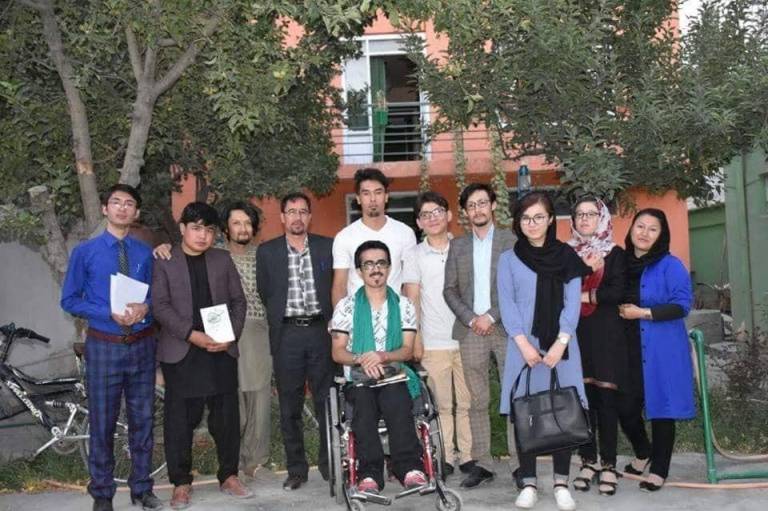 Afghan reader circles offer us a lot to know about Afghanistan

“A book can shape up common imaginaries among a group of people who study a book in circle study, they can make common vocabularies which consolidate social solidarity,” says Saeeda Massud, a PhD candidate who is working on her thesis.

When I first came to Afghanistan to do research on war and the role of America on Afghan state, a reading club at Kabul University caught my attention, says Saeeda. “When I went back to the US, I realized that [the study of] readers circles in general could be a very good entry point into understanding of the Afghan society or a group of particular educated and young people in the society.”

There are a large number of book lovers in Kabul, who come together to study a book in circle and speak their minds and opinions in group.

“I have been actively following some of these groups in which a group of young people read books and come together to discuss the books they have read,” says Ms. Saeeda.

“The book club is really a good place to get the pulse of the society because many subjects—the book readers are discussing—are key concepts which give me a lot of information about the society in general,” says Saeeda. For example, death is something that is regularly discussed among group members, which is not surprising because many of them have lost a member in families or relatives.

Book club is a culture, in which both men and women are allowed to express, share, and discuss their views. They discuss a variety of topics including religion, family values, sex, marriage, love, etc. These topics are very important and taboos in the society, yet discussed in the group.

“I personally believe that by reading books, we can live better. Universities and other educational institutions in our country cannot offer us what we are looking for. So there is a gap, we read books in study circles to fill the gap,” says Mohammad Baqerian, a member of Qaf-e-Qesa reading club.

Book readers have been reading books in circle for the last five years in this reading club.  Almost all members of the club are quite curious and enthusiastic to read books in group and that is why they choose to be here. “I believe group discussion, compared to individual understandings, is better, because in a group, we can discuss different dimensions of texts,” says Baqerian.

Members of the group are interested in different areas. Many of them do not attend reading sessions regularly. But those who attend the sessions regularly are influenced by our discussions, says Fahim Sediqi, a member of Kola Poshti, who joined the group three years ago.

“To avoid ignorance and not be part of it, we have to educate the society and encourage people to consider reading as part of their daily lives,” says Noshin Nekhat, another member of Kola Poshti reading club.

The government and citizens can promote a reading culture in multiple ways. The government can give some small grants for writers and readers. The government can also keep record of the bestselling books in Afghanistan and make sure that these books are both translated in Farsi and Pashto. This would help social solidarity because it would create common imaginary, stories, and narratives which would be common between two parts of the language segregation, says Ms. Massud.

It would be great if one, a citizen, could initiate an audio book website in Afghanistan. This would make it a lot easier for many people, who would be in the car, driving, or be in the kitchen, cooking and at the same time listening to the audio, she says.