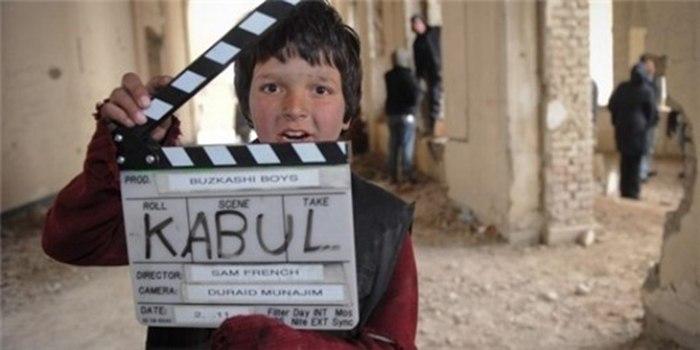 Some Afghan film makers are lambasting at leadership of the Afghan Filmmakers Union (AFU), for what they call violation of union’s approved procedures. They claim that contrary to AFU procedure, Jawan Sher Haidari has been leading the union for more than ten years.

According to the endorsed procedure of the AFU, the union’s director, its leadership, and administrative board members need to be elected by a congress held annually by the AFU members, but the union has failed to hold a congress since the establishment of the AFU.

Mohammad Khadim Haidari, a film director and documentary maker, who has been working in Afghan cinema industry for the last 18 years, has not obtained the AFU membership. He alleges that the union’s membership does not makes any difference for a filmmaker, describing the union’s performance as inefficient.

“When it comes to [selecting films to be sent for] Oscars award nomination, they make just some gathering and that’s all,” he said. The Afghan documentary maker also said that the AFU does not and will not have any influence on Afghanistan cinema. “Why its director and leadership board has remained unchanged for years?” he questioned.

Masood Islami, an Afghan filmmaker who has been working in Afghan film industry for 13 years, has also hesitated to get union’s membership. He clearly expresses distrust over the union, arguing that the union officials have neither developed their personal capacities, nor did provide capacity building opportunities for other filmmakers. As an alternative to the union, he proposes establishing a new union with a fresh board of leadership. “Except those around him, the union’s head does not listen to other filmmakers.”

Criticisms over mismanagement and carelessness of the AFU over its scope of operation even come from within the union. Latif Ahmadi, who is a member of the union for over ten years, acknowledges that there are very strong and true complaints against the AFU. “The union has never done anything special in cinema. It occasionally introduces its members to the Ministry of Information and Culture via an [official] letter just for medical treatment.”

He accuses Mr. Haidari and leadership of the AFU of deliberately hesitating to convene its annual congress and provide circumstances for reporting on performance of the union.

Farid Azim, deputy head of the AFU, however, said that no one was willing to take responsibility for the union and makes ‘sacrifice’ like its current head, Jawan Sher Haidar. “Members of the union have not paid their membership fees for years, therefore, they do not have the right to elect or be elected,” he argued.

Azim said that they have called on filmmakers several times in separate meetings to make their presence to elect AFU’s head and leadership board members but in vein. “Those who are making films for Afghanistan are members of the union but we can do nothing for those who are making films for foreign film festivals. They can neither align their mindsets with ours,” the deputy of the AFU stated.

AFU’s headquarter is in Kabul and it has functional offices in Germany and Netherland. According to him, the union also has regional offices in Nangarhar, Kunduz, and Herat provinces.

Citing the Screen Daily, Shahrbanoo Sadat, an Afghan filmmaker, claimed that the Academy has disqualified Afghanistan’s Oscars entry “Hava, Maryam, Ayisha” directed by Sahra Karimi from initial list due to questions raised over the country’s selection committee in charge of selecting Afghanistan submission for Oscars Nominations 2020.

The Afghan filmmaker claimed that the selection committee, influenced by Sahra Karimi, has introduced her film for Oscar nomination.

After her post, some Afghan filmmakers widely questioned the selection criteria of selection committee, accusing Mr. Haidari of having a monopoly on the process.

Samiullah Atayee, a university lecturer and filmmaker, was selected as a member of the selection committee by the AFU. He, however, questions selection process and says he has been selected randomly. “The selection board members are selected without collective decision. There is no reporting and accountability,” he added.

He, however, rejects that the selection board members have selected Sahra Karimi’s drama for Oscar nomination due to her influence, saying that the process was completely transparent.

The 2019 members of the selection committee are Latif Ahmadi, a filmmaker; Sami Nabipoor, a university lecturer; Samiullah Atayee, a film director, Mirwais Rekab, a filmmaker; Homaira Qaderi, a writer and women rights activist, and Hamid Arefi, a journalist.