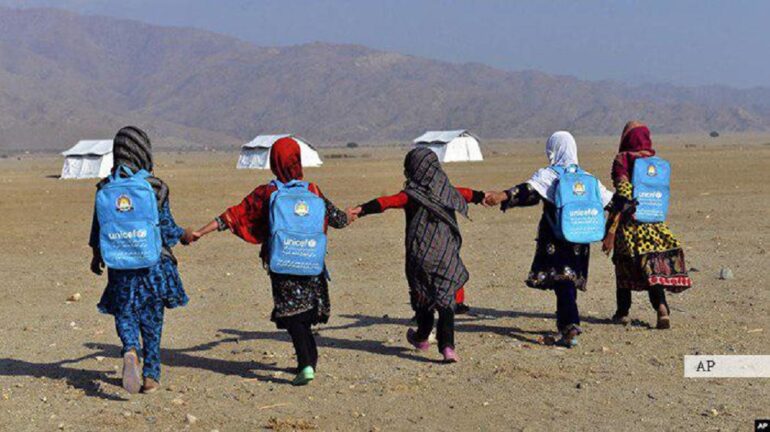 The United Nations Children’s Fund (UNICEF) says that the organization will expand educational opportunities across Afghanistan next year.

UNICEF on December, 08 via a tweet wrote that about 20,000 community-based classes have been built in Afghanistan that educate more than 600,000 children.

UNICEF has not mentioned what age group of children would be benefited from the local schools. The organization has said that they are renovating classrooms to provide a safer and more conducive environment for learning.

UNICEF emphasized that the organization would never stop advocating the right of every [Afghan] child to an education.

Taliban group has imposed severe restrictions, in particular, on girls and their right to education. In August last year, girls above sixth grade were banned from going to schools.

This decision by the Taliban followed worldwide reactions. Taliban, on the other hand, say that the group is working on a plan to reopen the schools for girls.

Recently, Save the Children reported that the ban on girls’ schools above sixth grade in Afghanistan has caused girls to transform from students into child labourers against their will. Very recently, Taliban officials allowed girls to take high school graduation exams despite being banned from classrooms for more than a year.