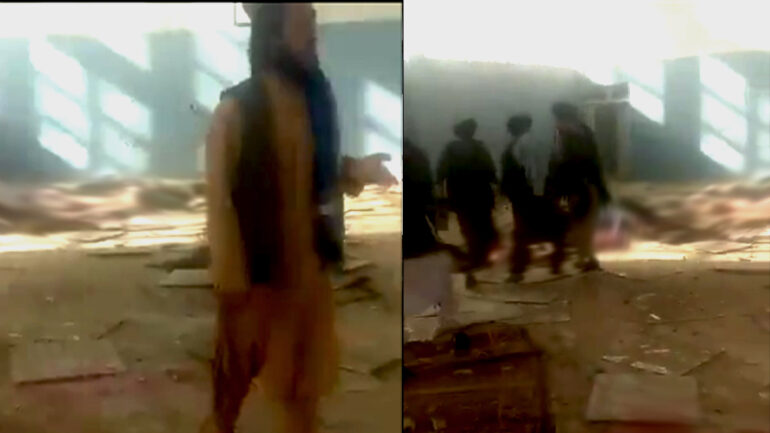 The Taliban Ministry of Interior has confirmed the death of at least 10 students following a blast ripped through a religious madrassa in Aybak, the capital city of the northern Samangan province. Several others were injured in the blast, the group’s ministry added.

The deadly incident took place Wednesday afternoon, November 30, inside a religious madrassa in Aybak, said Abdulnafe Takoor, spokesman for the Taliban’s Ministry of Interior in a tweet.

Contradictory to Taliban’s initial figures, a source confirmed to Kabul Now that 13 dead bodies and more than 20 wounded people have been transferred from the blast site to the hospital.

According to the source, most of the victims are madrassa students.

No group has claimed responsibility for the attack. Since the Taliban return to power in August 2021, the Islamic State – Khurasan Province (ISKP) claims responsibility for some of the deadly attacks in public places and areas crowded by civilians.