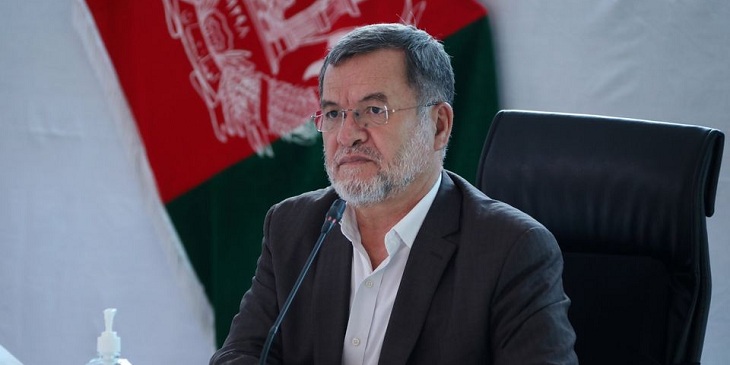 Appearing in a press conference today, October 09, Second Vice President Sarwar Danish has called on the new US administration for a “thorough revision” of the ongoing Afghan peace process.

“Taliban’s inflexibility is the main cause of existing stalemate in Doha talks. As a result, people of Afghanistan have lost their trust in the peace process and blame the Afghan government for release of Taliban prisoners while most of the released rejoined battlegrounds,” Danish posted parts of his speech on twitter.

Moreover, he took on the Taliban insistence to consider the US-Taliban agreement as the basis of the ongoing intra-Afghan talks with the militant group, noting that it was not acceptable for the Afghan government. “We did not sign this agreement, were not a side to it, did not approve it, and have no legal responsibility regarding its provisions,” he asserted.

Under the US-Taliban agreement signed on February 29 in Doha, the US will pull out all its forces and troops of its allies by May 2021. In return, the Taliban will not allow terrorists, including al-Qaida, to threaten security of the United States and its allies from Afghanistan.

The second vice president hoped for continuation of support by all parties to the Afghan peace process in “a more responsible way” and based on the existing realities.

These remarks came after US presidential elections in which Joe Biden has defeated the incumbent US President Donald Trump by winning a vast majority of votes. Moreover, negotiating teams of the Afghan government and the Taliban have got bogged down to agree a negotiating procedure and principle for intra-Afghan talks kicked off in Doha, on September 12.