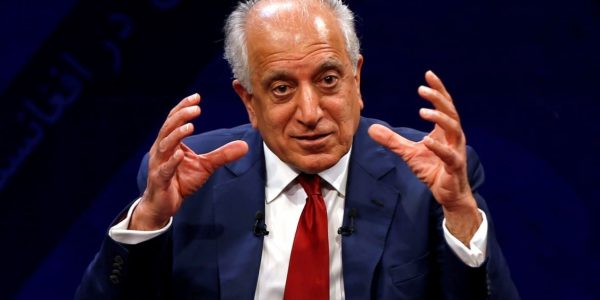 The US Special Representative for Afghanistan Reconciliation, Zalmay Khalilzad, in a tweet posted yesterday, Wednesday, September 09, said that some spoilers were attempting to disrupt the intra-Afghan negotiations which near to take place in Doha, Qatar.

The remark by US peace envoy came after a car bomb targeted convoy of Afghanistan’s first vice president, Amrullah Saleh in Kabul on Wednesday, killing at least ten civilians and wounding 15 others.

“As peace talks near, spoilers are becoming more desperate in their attempt to disrupt this historic opportunity. Today’s attack on @AmrullahSaleh’s convoy is the latest example. Luckily, he survived. Tragically, this terrorist attack killed and wounded many bystanders.”

1/3 As peace talks near, spoilers are becoming more desperate in their attempt to disrupt this historic opportunity. Today's attack on @AmrullahSaleh's convoy is the latest example. Luckily, he survived. Tragically, this terrorist attack killed and wounded many bystanders.

The assassination attempt on Mr. Saleh followed a nationally-televised debate, in which he—pointing to post-peace political settlement—said that he would not be able to work with the Taliban under a single government structure.

The Taliban denied to take responsibility for the attack.

But late on Wednesday evening, Massoud Andarabi, the acting minister of interior affairs, said explosive material used in the September nine car bomb was similar to those used by the Haqqani network, a Taliban network which has been accused of conducting complex attacks in Afghan cities.

The US envoy for Afghan peace has been tasked to bring the Afghan government and Taliban representatives around a peace table. In his efforts to speed up the long delayed talks, Mr. Khalilzad met the newly appointed head of Taliban negotiating team, Abdul Hakim Haqqani on Tuesday, September 08, in Qatar.

The intra-Afghan negotiations is due to take place in Doha. The two sides will discuss a political settlement about the future of the country.

“Afghans know that the peace process is the only way to end long-lasted war in the country,” Khalilzad said. “Achieving peace depends on both sides of the Taliban and negotiating team.”

Meanwhile, the Afghan Ministry of Interior (MoI) said that over last week as many as 49 civilians were killed and 49 others were wounded by the Taliban militants. Tariq Arian, spokesman for the MoI, in a tweet posted today, September 10, said that last week the Taliban conducted 368 attacks in 22 provinces of the country, with the southern Kandahar and Zabul provinces making the highest records of the attacks.