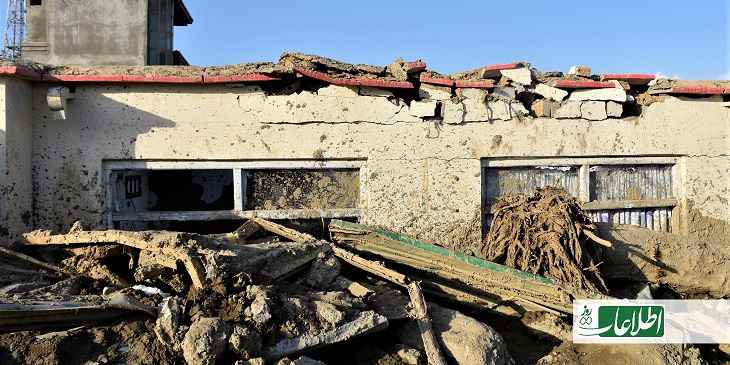 Casualty toll from the recent floods in 14 provinces of Afghanistan has risen to 189 dead and 172 wounded, according to the State Ministry for Disaster Management and Humanitarian Affairs.

Local officials in the northern Parwan province have confirmed that casualties from the flooding have risen to 120 dead and 132 wounded in this province. The figures are expected to rise as the rescue operation is still underway.

In a meeting with the First Vice President, Amrullah Saleh, Ghulam Bahauddin Jilani, state minister for disaster management and humanitarian affairs said that the recent flooding has destroyed nearly 4,000 in the provinces.

The two officials said that all the injured people have come under urgent care and reiterated on the need for reconstruction of the area hit by the flashflood.

Meanwhile, the Afghanistan Meteorological Department (AMD) has recently warned of possible rainfalls and subsequent flooding in seven provinces of the country.

According to a statement issued by AMD, floods and rains are likely to occur today and tomorrow, in Nangarhar, Kunar, Nuristan, Laghman, Badakhshan, and some parts of Paktia and Khost provinces.

The rainfall rates in different places is predicted to be between 10 and 20 mm, says the statement.