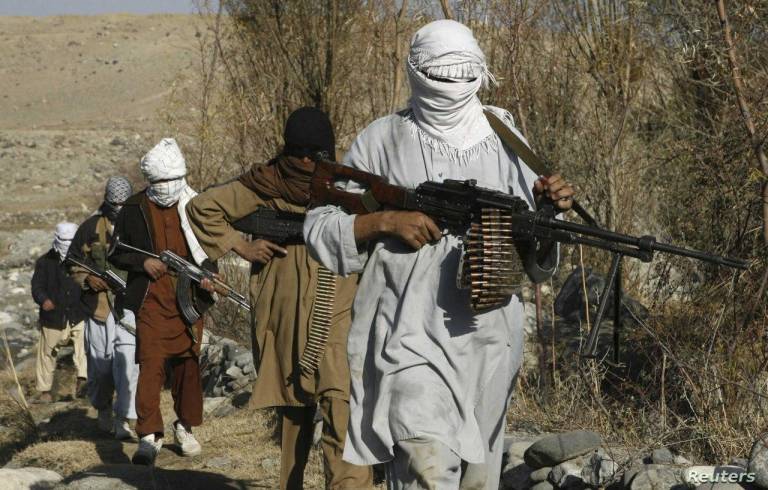 26 killed in recent clashes between Afghan forces and Taliban

As many as 26 people were killed and around ten others wounded as result of recent clashes erupted between Afghan security forces and the Taliban militants in Nangarhar, Urozgan, and Badakhshan provinces, according to local officials.

In the deadliest Taliban attack over past 24 hours, 14 government forces were confirmed dead in Gezab district of the southern Urozgan province, according to Zargai Ebadi, spokesperson for Urozgan governor. He also confirmed that the government forces have made some tactical retreats stationing at different positions against the militants in the district’s center.

According to him, the Taliban have attacked the district center from three different directions since two days ago.

Though the local official did not provide details, he claimed that the Taliban also suffered some casualties.

In eastern Afghanistan, four Afghan border forces were killed and four others were wounded when they came under the Taliban attack around 01:30 AM, this morning, September 22, in Khogyani district of Nangarhar province. Attaullah Khogyani, spokesperson for Nangarhar governor, added that eight Taliban militants were killed and six others wounded in counterattacks of Afghan border forces.

In the northeastern Badakhshan province, Mawlawi Attaullah also known as Ebrahim, who was Taliban’s deputy military chief for three district of Badakhshan, was killed in clashes erupted between government forces and the Taliban in Raghistan district of the province.

On the other hand, three Taliban militants were arrested and three others managed to escape the battle after launching an attack on Anaba district of the northern Panjshir province. Gholam Mohammad Mohammadi, spokesperson for Panjshir police chief, said that the incident took place today, September 22, around 05:00 AM.