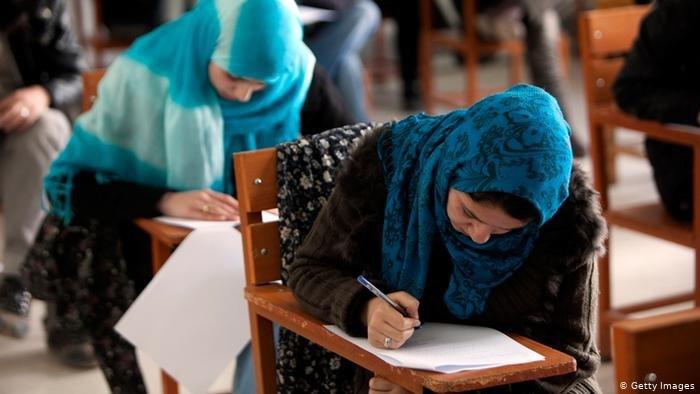 Badakhshan applicants who missed Kankor will attend it tomorrow

A partial Kankor, university entrance exam, will be held tomorrow, Sunday, August 23, for those applicants who failed to attend exam on account of Taliban opposition in Maimi district of the northeastern Badakhshan province, local officials confirmed, today, Saturday, August 22.

Akhtar Mohammad Khairzada, deputy governor of Badakhshan, told Kabul Now that the entrance exam for applicants who failed to attend it will be held in Sheghnan district.

Transportation fare of students will be covered by Mohammad Zakaria Soda, governor of the province, Mr. Khairzada added.

Kankor exam for these applicants was scheduled to be held in Shaki district last Thursday, August 20 but the Taliban barred female students to take the exam, says Sanaullah Rohani, spokesman for the Badakhshan police.

In the meantime, students in Badakhshan called on President Ghani to provide them with necessary facilities.

In response to their call, Sediq Sediqi, spokesman for the president, says that the government is committed to provide facilities for girls’ education.

According to the head of National Examinations Authority, Abdul Qadir Khamosh, girls’ access to higher education through Special Code has increased by ten percent and 13,000 girls will be enrolled in higher institutes of education.