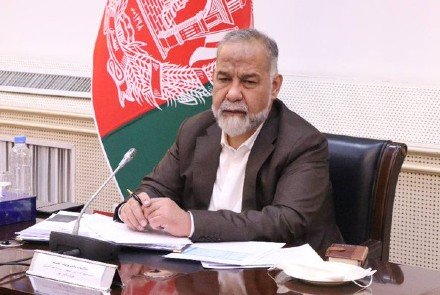 Mohammad Yousuf Ghazanfar, President Ashraf Ghani’s Especial Representative for Economic Development and Poverty Reduction, died from the Covid-19 late on Friday evening, July 03. Mr. Ghazanfar was under treatment at a hospital in Turkey.

The Afghan president along with his first and second vices, in separate statements, have sent condolences on Ghazanfar’s death.

In the 2019 presidential elections, Mr. Ghazanfar endorsed Ashraf Ghani’s team and he was later appointed as President’s Especial Representative for Economic Development and Poverty Reduction.

Mohammad Yousuf Ghazanfar was a shareholder of Ghazanfar Bank, a private bank in Afghanistan. He was an influential politician.