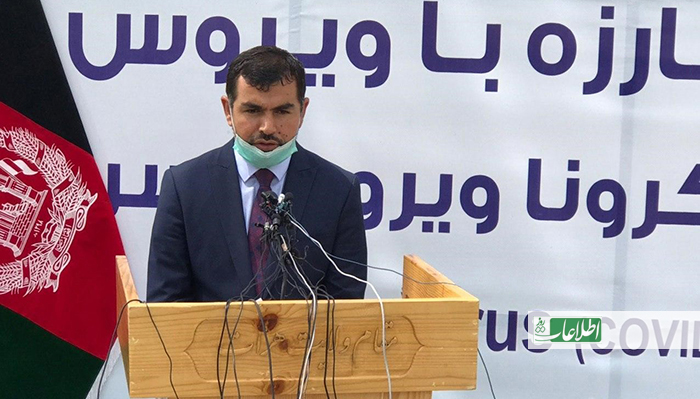 State revenues have decreased significantly in the western Herat province since the outbreak of coronavirus. The western Herat is a key border province which contribute a huge amount to national revenue.

The descending trend continues as so does the ascending outbreak of coronavirus.

Talking to Kabul Now, Fayeqa Alizada, head of the province finance department, said that tax revenues has decreased by 43 percent over the first four months of the current Fiscal Year (1399). This comes while Herat’s finance department has set an annual target of collecting 4,220,000,000 afghanis by end of the year.

According to Ms. Alizada, the target was set to collect 1,120,000,000 afghanis over last four month but she underlined that they have hitherto collected tax revenue worth 633 million afghanis.

Under a lockdown strategy, wedding halls, public baths, cafes, educational centers, schools, and private universities are shut. A local official said that most private businesses have not paid their taxes.

The outbreak of pandemic virus is not the only reason behind a dramatic decline in tax revenues. Widespread corruption in custom office is a major challenge in the country.

A large number of goods are imported from Iran to Afghanistan by Afghan merchants most of whom bribe to the Afghan custom officers, longing to make more profit.

According to Hamdullah Hamdard, head of Herat’s customs office, the customs revenues have decreased to 25 million afghanis from 80 million since the outbreak of the pandemic disease. “The coronavirus outbreak has caused a 10 percent decrease in Herat’s custom revenues. Some commercial cargos have been stopped from Iran and China,” he added.

Chairman of Herat’s Chamber of Trades and Investment, Younus Qazizada, says that a widespread corruption is a reason behind decrease in custom revenues. “We hope an end to corruption in Herat’s custom office with the appointment of the new governor Sayed Wahid Qatali,” he noted.

According to Herat’s chamber of commerce and investment, Herat’s exports have dropped 60 percent during past two months. Deputy Chairman of the chamber, Ahmad Saeed Sediqi, told Kabul Now that Torghundi port was closed for Afghanistan exports and some limited cargos were allowed to be exported from Islam Qala border to the neighboring Iran.

Pointing out to Herat’s exports of USD 67 million in the previous fiscal year (1398), Sediqi, warned that the exports will also decrease substantially as the Covid-19 crisis continues and remains unaddressed.

According the local authorities, revenues coming from traffic fines and fees have fallen by 95 percent due to the outbreak of coronavirus over last month of 1398 and first month of 1399.

Ghulam Sakhi Hussaini, manager at Herat’s traffic agency, said that traffic tickets revenues have decreased from 20 million afghanis to one million afghanis in the first month of this year, Hamal, which counts for 95 percent decrease.

The total revenues collected by the agency in the year 1397 amounted to 207 million afghanis.

According to Ghulam Hazrat Mushfiq, Mayor of Herat, since the outbreak of the virus, there is a 60 million afghanis decline in revenues collected by municipality.

The municipality’s revenue in the last fiscal year, 1398, was around 550 million afghanis which will face a huge decline this year.

Shops owned by Herat’s municipality have been closed for more than a month which has provoked the tenants or business holders to ask the municipality for exempting them of shops rents during the lockdown period.

But Mushfiq says they are currently waiting a presidential decree to exempt rents.

Mahdi Hadid, a councilman in Herat, calls for a close oversight on the revenue collection by the government. “Coronavirus has provided the best cover for those who want to misuse the current crisis and fish in the troubled waters,” he says.