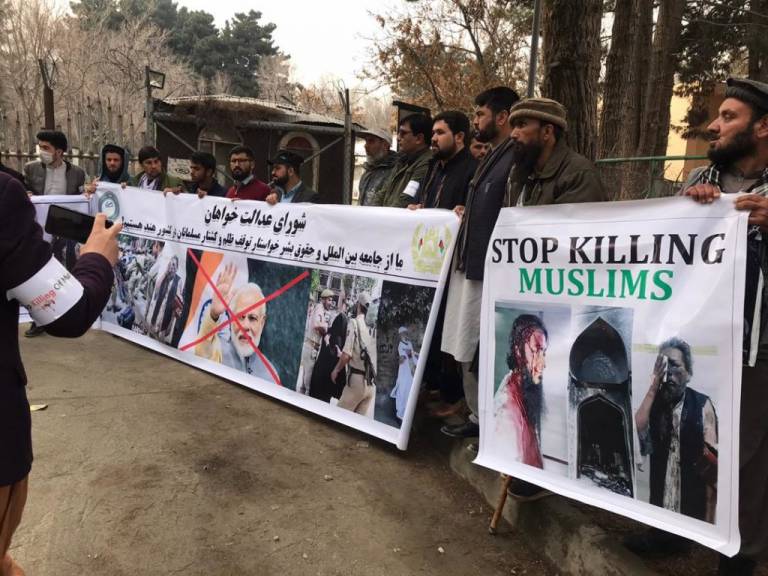 A group of Afghan protesters took to the street in the capital Kabul, on Friday, March 06, to protest against Muslim persecution in Delhi, India. The protesters were carrying banners and chanting slogans against the Modi government.

Over last weeks, the Indian capital New Delhi saw a series of group violence against Muslims. Nearly 35 Indian Muslims were killed and over 500 others were wounded, according to reports.

Afghan protesters tried to break into the street where the Indian embassy is situated but security forces blocked their way. They were chanting slogan against Prime Minister Modi.

Similar protests were held in the northern provinces of Parwan and Mazar-e-Sharif. The protesters chanted slogans against the Modi government, according to reports.

Violence against Muslims erupted weeks after the Indian government, under Prime Minister Modi, introduced citizenship amendment law.  In December 2019, nearly 30 people were killed in the northern state of Uttar Pradesh, home to a large Muslim population, after the citizenship law was passed.