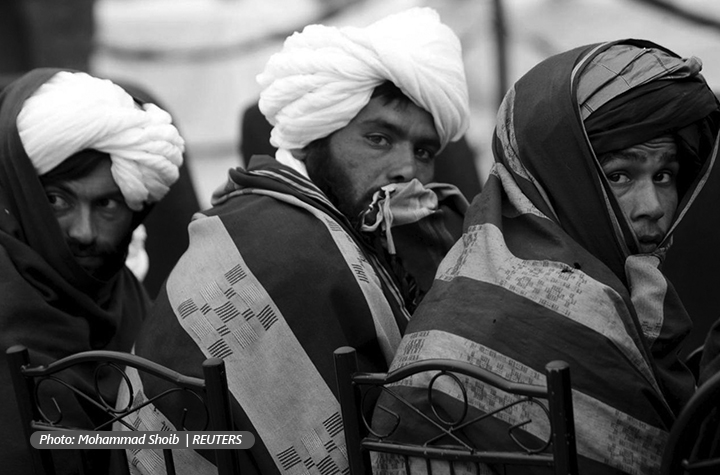 Afghan peace talks: hope for some, fear for others

“The word Talib reminds me of torturing, whipping women and killing people,” says Mohib Ali, 2o, who is a Kabul-based photojournalist. He believes that the Taliban cannot be trusted so easily as many deal makers think.

After nearly two year-long and tiring talks, the American and Taliban peace negotiators are now close to sign a political settlement which is expected to bring a durable peace to the war torn country. According to draft peace agreement, Afghanistan’s militant group, the Taliban, come around a reconciliatory table to discuss the future of the country with the Afghan government and politicians, and in return, the US will pull out its forces from the country.

The Taliban have announced a seven day truce during which they would not target public spaces, highways, government facilities albeit with some exceptions as they have echoed in their press statements. The seven day truce, which was formally announced last night, is a test period to testify if the Taliban leaders have ability and power to reduce violence in the areas they claim to have control over. If things go as smoothly as expected, the two sides—the Americans and the Taliban—will sign a peace agreement.

Peace deal with the Taliban is a complex and yet unclear issue.

Like many Afghan journalists, Mohib is concerned about the future of his country and his career, fearing that the Afghan leaders may not be able to protect the achievements Afghanistan has gained in the last 18 years. He says peace deal with the Taliban is a complex and yet unclear issue. The 20-year-old Mohib believes that the Taliban are struggling for power, and hitherto they have shown no willingness to be part of society and respect people’s freedom and lifestyles—mainly in urban areas.

The Taliban ruled Afghanistan from 1996 to 2001. During their reign, the regime showed no care for public welfares. They banned girls’ school, music, TVs and forbade women from working outside home.

Amanullah Sadaqat, a photo journalist who is working for the Ministry of Urban Development and Housing, urges the Afghan government to protect freedom of expression as a core value in peace talks with the Taliban. Mr. Sadaqat, who has survived a Taliban car bombing which killed ten civilians and wounded 40 others in Kabul on September 06, 2019, says the US-Taliban peace deal should not compromise the hard-won rights—which the people of Afghanistan have achieved by blood and loss of young lives.

The fear that the Taliban may show less flexibility to adopt the Afghan constitution and a republic setup is a point of serious concerns for many rights activists, artists, journalists and photographers. Though the Americans and the Taliban peace envoys are optimists about the outcome of Afghan peace process, many rights activists, artists and journalists remain skeptical about post-peace settlement as the Taliban commanders and fighters have shown no change in their hardcore stance in the areas under their control.

“I tattoo people’s body. For me tattoo is a sign of freedom because [in the form of tattoo] individuals are given a choice to speak up their feelings, ideals, and belief,” says Shekib, a tattoo artist, who looks in his late 30s.

With his arms and hands tattooed, Shekib says he has tattooed names of Afghan soldiers on their bodies. “Army forces have come to me to get their names tattooed on their bodies so that their family members may find their dead bodies in case they are killed in an explosion or in a battle,” he said.

Many things have changed in Afghanistan over past 18 years. Afghan refugees who returned home after the fall of the Taliban bred a new life style in urban areas. Cafés, bookstores, art products, and free press have exposed the post-Taliban generation—a generation that arose after 2001—to a world that is different from the world a Taliban fighter and commander appear to be imagining. Cafés, books and art are part of routine for educated generation in urban areas.

Shekib, who is cynic about peace process, believes nothing has changed in the mindset of the Taliban. “I can never imagine them coming to city and live among us in peace. Either we or they, we can never be together.”

Samad, a young tattoo artist who has been working for the last five years in a barbershop, says he is not afraid of the Taliban. “I believe tattoo artists do nothing wrong. Tattoo is a form of art and without art life seems impossible.” He believes Islam does not forbid tattoo, an interpretation many hardline Muslim scholars denounce.

The Taliban seem to have changed their tone on peace table. A Taliban leader, Sirajuddin Haqqani, who was behind high profile bombings in Kabul, in a piece recently published by the New York Times, wrote: “I am confident that, liberated from foreign domination and interference, we together will find a way to build an Islamic system in which all Afghans have equal rights, where the rights of women that are granted by Islam — from the right to education to the right to work — are protected, and where merit is the basis for equal opportunity.”

Many in Afghanistan are saying that any peace deal that compromises human rights, the Afghan constitution and freedom is doomed to fail and fire back. The Afghan peace process may be a win-win game for the Taliban if the international community, notably the United States, turn a blind eye on hard gains Afghanistan has achieved in the last 18 years.