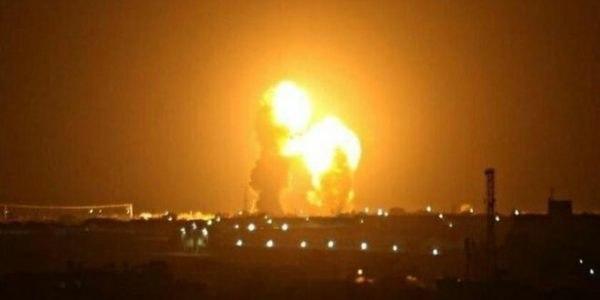 Iran retaliates against US attack

Amid escalating tension between Tehran and Washington, the Iranian state TV said early on Wednesday that Iran has hit military facilities in Iraq where US soldiers are stationed. Iran’s Islamic Revolutionary Guard Corps (IRGC), a military wing of Iranian army, has said that Iran has fired missiles at Ain al-Asad in Anbar province and a facility in Erbil in retaliation to killing of Iranian General Qassem Soleimani, a mastermind of Iran’s proxy war in the Middle East. Soleimani was killed last Friday in US drone strike in Baghdad, Iraq’s capital.

According to Iran’s state TV, the attack was named after Commander Qassem Soleimani.

The US Central Command, a unit which oversees the US military in the Middle East, has confirmed that the IRGC has fired 15 missiles, with 10 hitting the Asad base in Anbar, and one at a location near Erbil airport.

There are no details on casualty rate yet. The US authorities have said that investigation over causalities is underway.

There are estimated 12,000 US troops stationed in Afghanistan.

Over decades, relation between Washington and Tehran have been tense. The two nations came close to normalize ties after signing the nuclear deal, Joint Comprehensive Plan of Action (JCPOA). But a sudden withdrawal of the Trump administration from the deal dragged back the two countries to their hostile positions in the Middle East.

The Iranian regime has been fanning a proxy war to defeat pro-American forces in Iraq and Syria, something the Trump administration sees as Tehran’s aggressive policy in the Middle East. But Iranian security authorities say that Iran is protecting its national interests.

“They were slapped last night but such military actions are not enough,” Iran’s supreme leader Ayatollah Khamenie said in a tweet today, January 08, after Iran’s missile attacks in Iraq.

The United States is a superior power in terms of military, technology and intelligence capabilities as compared to Iran. Successive US administrations, at least on diplomatic levels, have said that US do not support war escalation in the region but efforts to reduce tension with Iran has not changed realities on the ground.

“All is well! Missiles launched from Iran at two military bases located in Iraq. Assessment of casualties & damages taking place now. So far, so good! We have the most powerful and well equipped military anywhere in the world, by far! I will be making a statement tomorrow morning,” said US President Donald Trump.

In the aftermath of Iran’s missile attacks, Javad Zarif, Iranian foreign minister, said, “Iran took & concluded proportionate measures in self-defense under Article 51 of UN Charter targeting base from which cowardly armed attack against our citizens & senior officials were launched.”