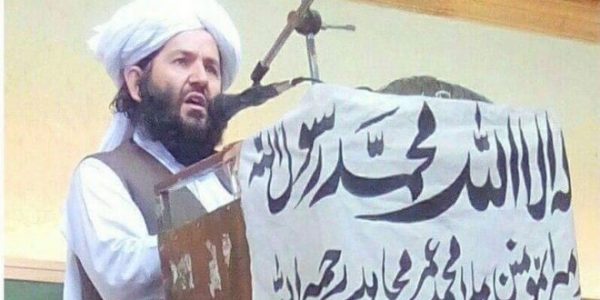 Describing the blast as “retaliatory attack,” the splinter group claimed that it was carried out by a suicide bomber and killed several more.

Ahmadullah who was leading the Friday prayer came under the attack in “Haji Mohammad Hassani” mosque in the town of Kuchlak, on the outskirts of Quetta, according to BBC Persian service.

At least three other prayers were killed and 22 more wounded in the bomb explosion, according to police.

This comes just days after Taliban representatives and US officials ended their eighth round of negotiations in the Qatari capital, Doha.

Both sides have left Doha to consult with their leadership on the next steps and have confirmed they are near a peace deal.

Reports indicates that the Taliban have already started intra-group talks, in their Doha office and at the leadership level, about the final agreement with the US.