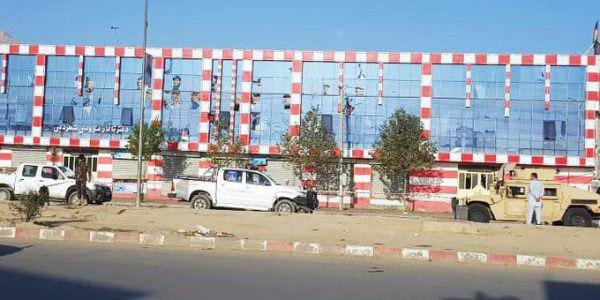 A suicide bomber blew up his explosives in a wedding hall in the western part of Kabul, the Afghan capital, killing 63, and wounding as many as 182 others.

The blast went off on Saturday evening in men reception section at Dubai City wedding hall in a Hazara dominated neighborhood. The blast took place close to the Darul Aman palace, where Afghan President Ashraf Ghani is expected to celebrate the 100th anniversary Independency Day on Monday.

So far, no group has claimed responsibility for the attack which claimed lives of dozens of children and women.

The Taliban group denied any responsibility for the attack. Zabihullah Mujahid, spokesperson for the Taliban, condemned attack on civilians.

“Devastated by the news of a suicide attack inside a wedding hall in Kabul. A heinous crime against our people; how is it possible to train a human and ask him to go and blow himself [up] inside a wedding?!!,” Sediq Sediqqi, the spokesperson for the president, wrote on his twitter account in the aftermath of the attack.

Armed groups have repeatedly targeted wedding ceremonies which are seen as “soft targets.”