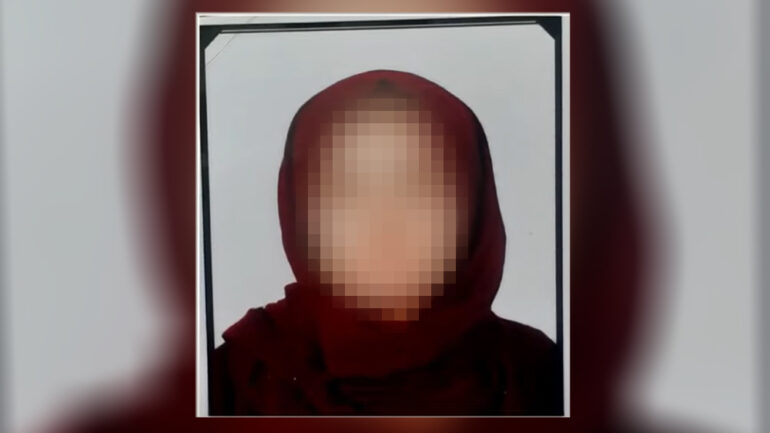 Family of Shamayel Paykar Begs for Her Release from Taliban Custody

The family of Shamayel Paykar, a women’s rights activist, has urged human rights organizations and countries which defend human rights to help them release Shamayel from Taliban custody. The Taliban arrested her along with Zarifa Yaqobi a month earlier in Kabul.

Shamayel’s family has addressed national and international human rights organizations in a written request and asked the media to amplify their voice.

According to the written request, the Taliban have not allowed any family members of the women’s rights activist to visit her since her arrest on November 03.

Moreover, two days after Shamayel’s arrest, as per the written request, the Taliban searched her home overnight. “During the search, his family members were beaten and threatened,” part of the request read.

The Taliban’s night raid has negatively impacted the mental health of all her family members and they are worried that “Shamayel’s life is in danger.”

“We request all civil society activists and human rights organizations to work for Shamayel’s freedom and save her life,” the family of the women rights activist urged.

Human rights organizations, diplomatic missions, and the United Nations Assistance Mission in Afghanistan (UNAMA) have repeatedly called for the release of women rights defenders and their colleagues arrested by the Taliban.

Last time, UNAMA called for the release of “five women’s rights activists” on Saturday, December 03, in a tweet. “Family members have not been permitted to visit them and there is no clear information about any charges or why they are being held,” the UN mission noted.

The Taliban, however, remained tightlipped regarding the whereabouts of these activists and the reasons behind their arrest.