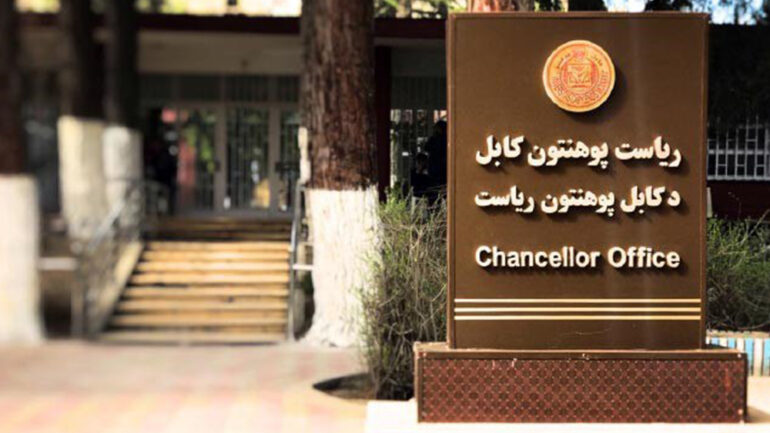 In other fields of study, according to the announcement of Kabul University, male and female applicants have equal opportunities to study for their Master’s degrees.

According to the announcement, both, male and female applicants have equal opportunities to study the Master’s degrees.

The University, however, has not provided any clarification on its new decision to exclude women from pursuing these four Master’s degree programs.

The Taliban’s ministry of higher education had previously excluded female applicants from Bachelor’s degree programs in agriculture, veterinary, gas and petroleum, mining engineering, and geology across the country.

Since their return to power, the Taliban have imposed gender-segregated restrictions forcing male and female university students to attend classes on separate days.

Female university students are forced, according to the Taliban rules, to wear a head-to-toe hijab. As part of their misogynist policies, the group has effectively banned girls from schooling above grade six for more than a year now. Moreover, many women have been forced to leave their governmental jobs by the ruling Taliban.