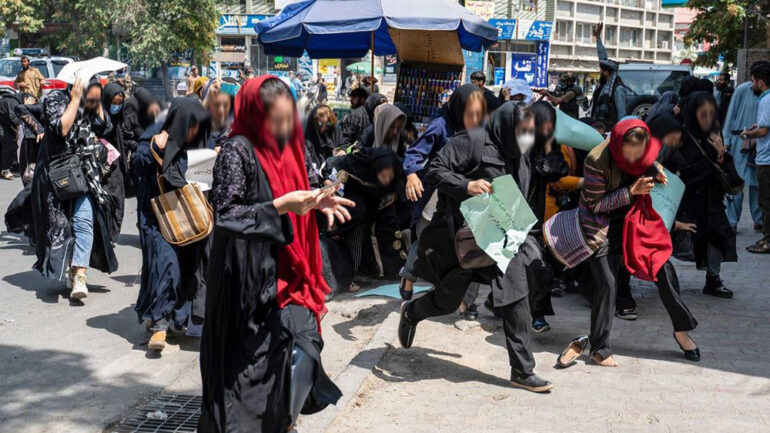 The Taliban have attacked Takatoo and Aablis villages for two days and are harassing the residents, sources tell Kabul Now in Hesa-e-do-Behsud district of Maidan Wardak province.

At least three sources confirmed to Kabul Now that Friday morning, October 20, 2022, the Taliban displaced the residents of these areas and burnt houses.

A source, who has chosen to stay anonymous, said that more than 20 families had been displaced, and the Taliban have burnt three houses.

The Taliban forcibly asked the residents to dig beneath the houses in search of weapons, the source added.

According to the source, the Taliban arrested, bound, and shot some residents of the Takatoo and Aablis areas. They have also prevented the wounded from going to the hospital.

This source added, “the Taliban kicked the people, including pregnant women along with their cattle out of homes and burnt their houses. Some people have been beaten and shot them on the hands. The Taliban fired rockets at people’s houses last night and intimidated the area [residents].”

The source described the situation of the displaced people as alarming and said that people fled to the mountains while the weather was very cold.

The source stated that the residents of “Takatoo and Aablis” villages are mostly common residents “no one in these areas has been previous government employees.”

According to the source, some of the locals – who are from the Sadaat tribe – have joined the Taliban, and they had issues with the Hazaras in the past.

Another source says that the Taliban are torturing and persecuting the residents of Hasa-e-do-Behsoud for allegedly collaborating with Abdul Ghani Alipoor, a local militia commander. He operated in the district before the Taliban takeover of Afghanistan.

Since the time the former government suppressed Alipoor, his whereabouts are not known, and he has not taken any military action against the Taliban after their return to power.

In the past, in Hasa-e-do-Behsud district, Alipoor led the militia forces against the Kochis and the Taliban.

After an army helicopter crashed in the Behsud district of Maidan Wardak, Ashraf Ghani’s government forces marched to this district and suppressed Alipoor and his militia forces.