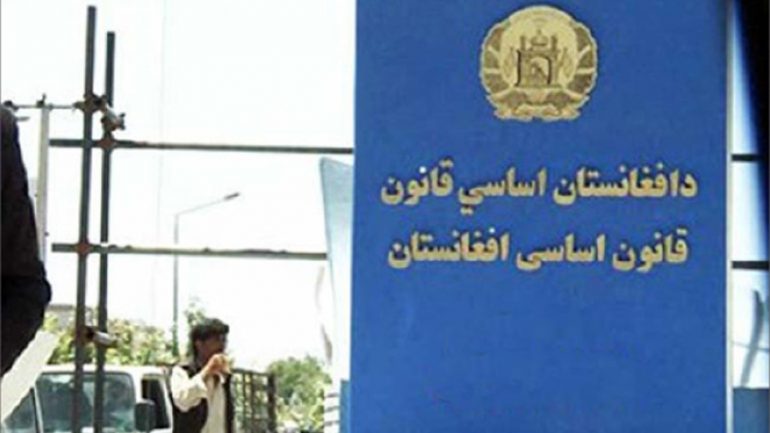 The Taliban will enforce Afghanistan’s 1964 Constitution, framed and enacted then by king Mohammad Zahir Shah, for the group’s interim-administration, albeit those provisions contradicting Islamic Sharia will not be applicable, according to the group’s acting justice minister, Abdul Hakim Sharei.

The Taliban acting minister has announced the decision in a meeting he held with Chinese Ambassador, Wang Yu, on Monday, September 27, in Kabul.

The International Laws and documents that do not contradict principles of the Taliban government and the Islamic law will be respected, the Taliban official said. He has also reiterated in the meeting with the Chinese ambassador that the group is looking forward to have good relations with the world.

Moreover, Mr. Sharei has assured the regional countries and the world that they will not allow the Afghan soil to be used against them.

On the other side, the Chinese ambassador stressed that his country want to maintain diplomatic relations with the Taliban government, promising that China is striving to remove the imposed sanctions against the Taliban.

Last week, Zabihullah Mujahid, deputy minister of culture and information of the Taliban’s government, had told Sputnik that the group plans to form a commission for drafting a new Constitution in 2022.

The 1964 Constitution was enacted during the reign of Mohammad Zahir Shah, who ruled the country from 1933 to 1973. It was also temporarily enforced by the transitional administration created after the fall of the Taliban.

In January 2004, President Hamid Karzai ratified the new constitution which was framed and approved at the Constitutional Loya Jirga (held from December 13, 2003 – January 04, 2004). The Constitution laid the foundation of the democratic Islamic Republic of Afghanistan which was ousted by the resurgent Taliban on August 15, 2021.