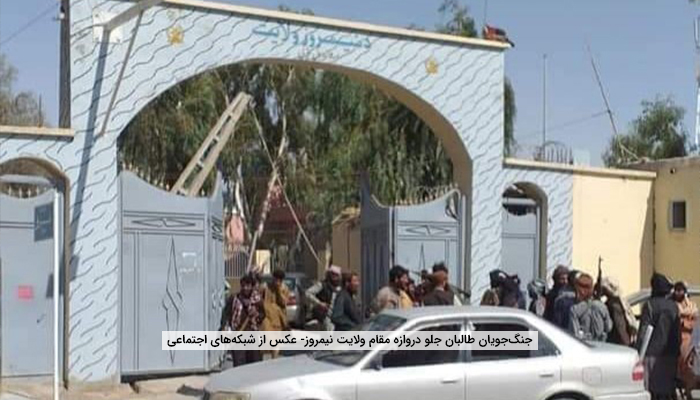 As the Taliban push to mount violence to gain more territory, thousands of Afghan families have left some war-stricken provinces to seek shelter in the capital Kabul. The Taliban insurgents, seemingly determined to regain power through a military course, have overrun nine provincial capitals over the last four days of this week. A war-fleeing population who have arrived in Kabul tell a terrifyingly shocking story about Taliban atrocities in the areas they have captured.

“The soldiers handed over their guns to the Taliban and surrendered but the Taliban handcuffed the soldiers and then shot them dead,” says Zahidullah ( a pseudonym) about the death of three police soldiers who had surrendered to the militants on Saturday morning, August 07, when they overthrew Sheberghan, the capital city of the northern Jowzjan province. The militants also gunned down two civilians sitting in a place 50 meters away from them, he said.

The Taliban militants have pushed to make more territorial control over large swathes of territories, mostly in rural areas, since May 01, overrunning over 100 districts. The militants are now focused on provincial centers. As many as eight capitals – Sheberghan, Taloqan, Sar e Pul, Samangan, Kunduz, Pul-e-Khumri in the north and Nimruz in the south – fell to the militants over past few days. As early as on Wednesday morning, Faizabad, the provincial capital of the northeastern Badakhshan province, fell to the Taliban militants.

Farah provincial center in the west last night briefly fell to the Taliban but unconfirmed reports suggest that the Afghan National Defense and Security Force (ANDSF) have reclaimed the provincial capital of Farah.

Though the Taliban militants have repeatedly promised that they protect civilian lives and properties and would have good behavior with the surrendered government forces, a large number of populations who have fled to the capital Kabul tell a different story about Taliban attitude towards civilians.

When the militants took control of administrative complexes and Marshal Dostum’s palace on August 06, they stormed the provincial hospital, Zahidullah told Kabul Now in a conversation for this story. “Around 15 Taliban entered the hospital. Most of them neither spoke Persian, nor Pashto, nor Uzbeki. Security forces had already transferred their wounded to a safe place but they shot dead two men from Akram Pahlawan militia – a pro-government militia commander.”

The Taliban militants had very violent conduct with health workers and wounded people. They took out the dead bodies from the hospital and took the ambulances of the hospital with them, according to this eyewitness.

Early this week, Zaranj, the capital city of the southwestern Nimruz province, fell to the Taliban without resistance by government forces. While many fled their homes and crossed the border into Iran along with their families, a large number of people rushed to loot the public assets of the local government offices and the abandoned houses before the Taliban consolidate their control on the city.

“On the night when the people left their homes and moved to the border, their neighbors looted [abandoned] houses before the Taliban arrival. In our alley, several houses were looted by the neighbors,” says Atauddin, a resident of Zaranj. He believes that the people do it for they suffer a severe form of poverty. Atauddin says that he knows people who were impatiently waiting for the Taliban takeover of Zaranj. “They were talking with each other to loot which government office.”

Like several other provinces, Faryab’s provincial center is also besieged by the advancing Taliban militants. Out of nine districts in Maimana, the capital city of Faryab, only four districts are now under the control of the government forces. “The Taliban have seized around 200 military tanks and seven D-30 howitzers after they overran Faryab’s districts. The Taliban are tightening Maimana’s siege as days pass,” a local security source told on condition of anonymity.

Qutbuddin Kohi, a local journalist, confirms that Maimana is under the Taliban siege and no military aircraft can land or take off from the city. According to him, the militants control all routes connecting Maimana with the neighboring provinces.

Last Wednesday, August 04, he returned to his abandoned home in PD1 of the city along with his family for his neighbors had called him saying the situation was better. But it hadn’t improved. “Around 30 Taliban militants had taken position inside a two-story building near our house and fired at a police outpost. The Taliban had created a whole on the wall of the building and used it as a launch-pad.”

Around one a half hours later, he decides to abandon the house again and move at 06:30 PM in order to find a safe place. “The Taliban militant got out of the mosque in the alley and stopped my car. Do you propagate against the Taliban? I told them they did know me and I was an impartial [journalist]. I told them to call their commander and ask about me. But they stopped me and my family saying that they did know me well and would kill me for propagating against the Taliban,” Kohi recalled his story.

Then the militants let him leave the area unpunished after they call their commander, who is Taliban’s shadow district governor for Khwaja Sabzpush district of Faryab, upon Kohi’s repeated appeals.

Ahmadi, who has was displaced along with his family from Injil district of Herat to Herat city ten days earlier, accounts the same experience. “When I went to my village to help my family get out of the village, everywhere was covered with smoke. All the people were leaving the village. The women and children were crying,” he recalls his displacement story. Meanwhile, he is cynical that the government is not providing the required support for uprising forces against the Taliban.

Around two weeks ago the Taliban militants launched coordinated attacks from multiple different directions on Ghazni city. Within days, the militants captured several neighborhoods in the city, including Qala-e-Marai, in PD2 of the city. Unlike many, Nastoh decided to flee to the Khwaja Omari district which was under the Taliban control. “I decided to move to the Taliban-controlled area because there is no war in Taliban-controlled areas. I have come to Khwaja Omari district. This is under the Taliban control. The Taliban collect their Ushrs and people live in security.”

Moreover, he argues that the Taliban-controlled areas are no longer attacked by security forces as they are now defending themselves. According to him, the Taliban do not harass ordinary people in Khwja Omari and behave harshly against those who commit robbery. “I will not return to Ghazni [city] until the war is not over.”

But locals from the northern part of the country tell a different story. Last week, the Taliban insurgents shut a water canal in Yatim Taq area of Jawzjan, according to local sources.