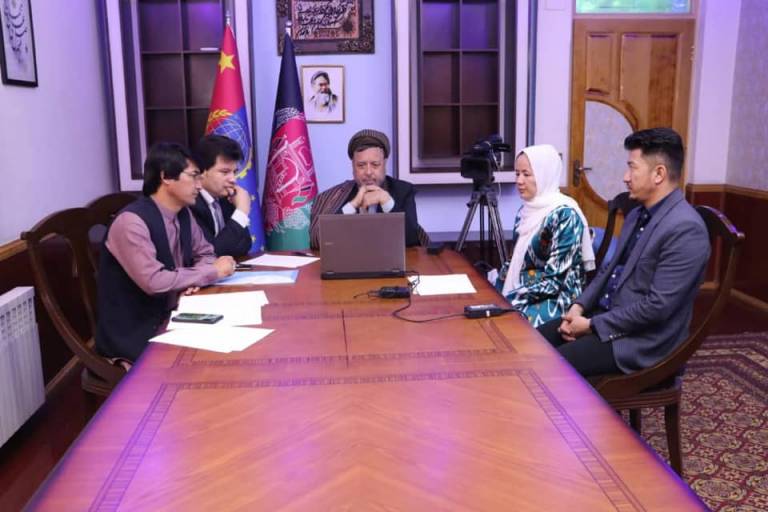 Mohammad Mohaqiq, a senior adviser to President Ghani and leader of the People’s Islamic Unity Party of Afghanistan, called on the United Nations Security Council (UNSC) to register the deadly attack on Sayed al-Shuhada High School in western Kabul as “genocide.”

He made the call yesterday, Wednesday, May 19, while speaking at a peace seminar hosted by China’s embassy in Kabul.

As many as 90 civilians, mostly schoolgirls aged 13-18, were killed and more than 240 others wounded as a result of a car bomb attack and two subsequent explosions, as per the account of the victim families.

Issuing a resolution last Sunday, May 16, families of the victims also called on the Afghan government and international community to register the deadly attack as a genocide.

Denouncing the attack as “atrocious and cowardly” the UNSC underlined the need to hold perpetrators, organizers, financiers, and sponsors of the attack accountable and bring them to justice.

However, the UNSC has not recognized this attack as a manifestation of genocide so far.

Though the government blames the Taliban for the attack, the militant group has claimed that the government is involved in this deadly attack against school girls.

Calls for international recognition of Hazaras genocide come as scores of Hazaras have been targeted due to their ethnic and religious identities in schools, hospitals, mosques, shrines, and along the highways in different parts of Afghanistan.

In the latest attack, three Hazara passengers, who are identified as shopkeepers, were gunned down in the central Ghor province.

The local officials claimed that the Taliban militants have shot dead the Hazara passengers in an area under their control.