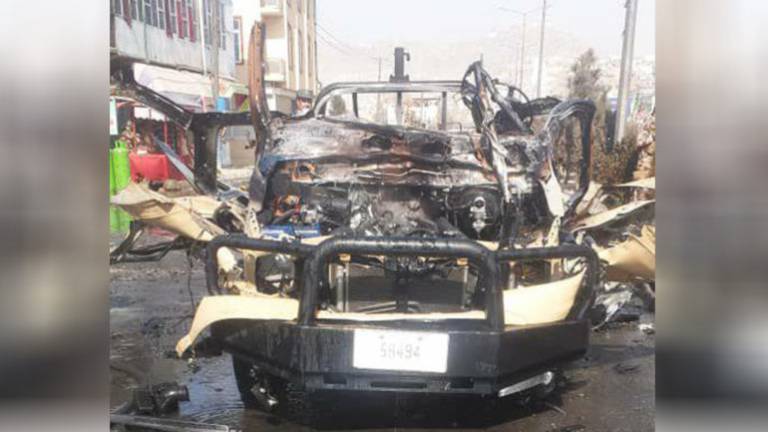 As many as two people, including a security force and a civilian, were killed after a mine hit a military vehicle in PD7 of Kabul, a security source said on Monday, February 01.

The source, who spoke on condition of anonymity, told Kabul Now that the incident took place around 12:00 PM, today, Monday, February 01, in Jangalag area of Kabul. Those killed were a security personnel and a civilian, he said. Another civilian was wounded, according to the source.

In a single day this was the second blast in the capital, Kabul.

Earlier today in Shaheed Square of Kabul, a magnetic bomb hit a government vehicle which was carrying Khoshnood Nabizada, the chief of staff at State Ministry for Peace.

Ferdaws Faramarz, spokesperson for Kabul police, confirmed that a magnatic bomb targeted a government vehicle in Kabul. No one was harmed in the incident, he said.

A surge in violence intensified ever since the February peace pact was signed between the US and the Taliban.

As many as 14 Afghan soldiers lost their lives in a Taliban-claimed car bomb in Nangarhar province on Saturday, January 30.

The Taliban attacks undermine state institutions and contribute to an environment in which terrorist and criminal groups are able to freely operate, said a joint statement issued by diplomatic missions in Kabul on Sunday, January 31.