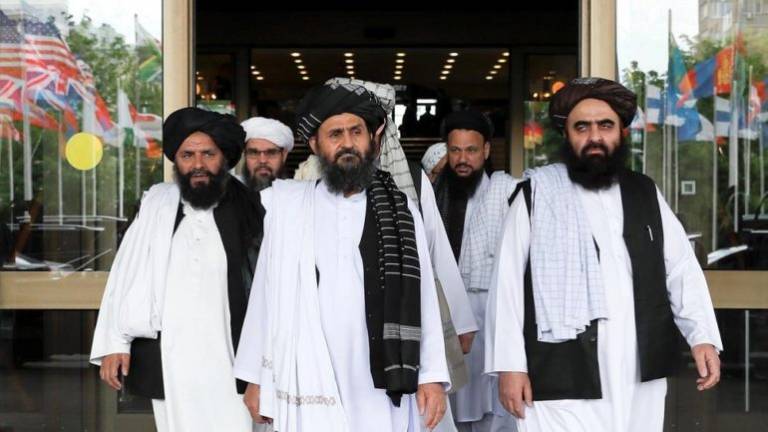 “The delegation of the Islamic Emirate will talk to the Iranian officials about relations between the two countries, the situation of Afghan refugees in Iran, and the current political and security situation of Afghanistan and region, and will exchange their views about it,” Mohammad Naeem, spokesperson for the Taliban’s political office in Doha, Qatar, said.

This is not the first time Baradar, accompanied by a delegation of Taliban, pays visit to Iran. A delegation of the militant group led by Baradar visited Tehran on November 26, 2020, and met Iran foreign minister, Javad Zarif.

Baradar’s Tehran visit comes while the Iranian government has been repeatedly accused of supplying weapons and providing financial assistance to the militant group mostly in western part of Afghanistan. Though Iran’s government has rejected providing weapons and financial assistance to the Taliban, it has officially confirmed that Tehran is in contact with the group.

Days ago, a delegation of MPs, who had visited the western Herat province, found Iran being involved in recent waves of violence and insecurity in the province. Iran’s mercenaries have worsened security situation in Herat province, claimed MP Abdul Sattar Hussaini, who led the delegation, on Monday, January 25, while presenting the delegation’s findings.

Rejecting the accusations, Iran’s Embassy in Kabul wrote to Kabul Now that a sustainable stability in Afghanistan was an integral part of Iran’s policy for the region. “Embassy of the Islamic Republic of Iran disproves remarks made by the delegation sent to Herat by the Parliament’s internal and national security committee.”