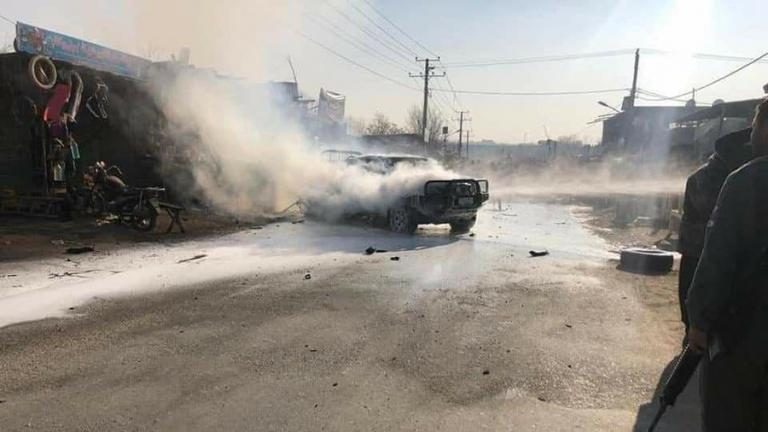 As many as five civilians were killed and nine others wounded after a sticky bomb attached to vehicle of Mirwais Karimi, chief of Kapisa Ulema Council, went off in Sayyad village of Mahmood Raqi, capital city of the northern Kapisa province.

Abdulshayeq Shorish Kohistani, spokesperson for Kapisa police chief, told Kabul Now that the incident took place today, Sunday, January 03, around 02:00 PM. He added that Mr. Karimi got a slight injury in the blast and is in good condition.

According to the local official, the wounded victims have been taken to hospital.

Though no group has claimed responsibility for the attack, the Taliban actively operate in some parts of the province and occasionally target government employees and pro-government figures by roadside and sticky bombs.