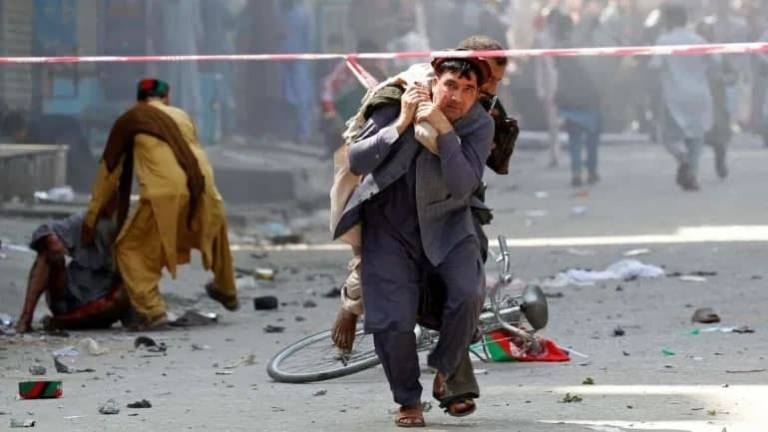 As many as 134 civilians were killed and 342 others wounded as a result of Taliban attacks over the last month across Afghanistan, says the Ministry of Interior (MoI).

In a video clip released today, Thursday, December 03, Tariq Arian, the MoI Spokesperson, detailed that the Taliban militants have conducted a total of 16 suicide bombings and 168 mine blasts over the period. He further went on to describe the continued Taliban attacks against civilians as major crimes and an unjustifiable.

Though he did not provide a specific figure, the MoI official stated that Afghan defense and security forces have conducted offensive operations against the Taliban inflicting heavy casualties on the militants during the period.

The Taliban, however, have not commented regarding the MoI claim.

Despite the government and the Taliban are negotiating in Doha, capital of Qatar, to end the ongoing war in the country, Afghanistan has witnessed a surge in violence which has claimed scores of lives, mostly civilians.

Negotiating teams of the two sides were bogged down in finalizing a procedure and principles for intra-Afghan negotiations for nearly three months since September 12.

However, late on Wednesday, December 02, the two negotiations teams announced that they have reached an agreement on procedure and principles of the intra-Afghan talks.

In a joint statement issued by the two sides, they said that “a joint working committee” was tasked to prepare the draft topics of the agenda.