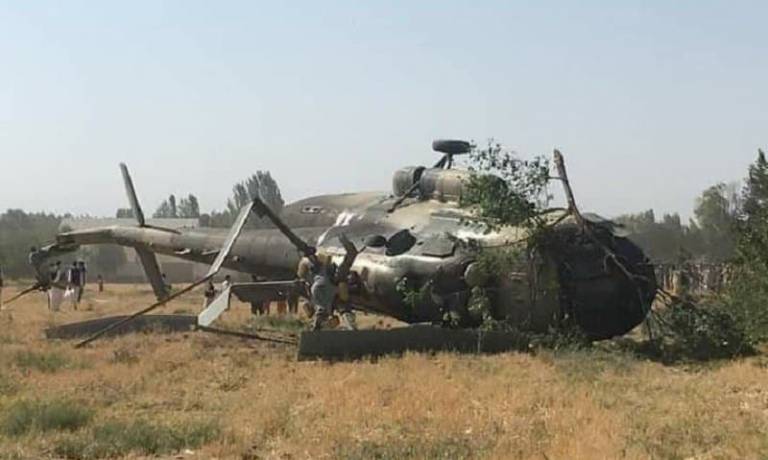 A military helicopter has crashed during takeoff in Hesarak district of the eastern Nangarhar province, the Ministry of Defense (MoD) confirmed in a statement.

According to the statement, the MoD’s MI-17 helicopter crashed due to technical failures last night, November 10, around 12:00 AM. Two people, including a police soldier, were killed and two others were wounded as a result of the crash, the MoD said.

A local security source, who spoke on condition of anonymity, meanwhile, claimed that two military helicopters collided in Hesarak district while taking off to transfer reinforcement forces for repelling a Taliban attack in the district.

The source also said that ten people were wounded as a result of the helicopter crash, adding that Hesarak district governor was also onboard.

According to the source, the wounded people have already been transferred to Kabul for medical care.