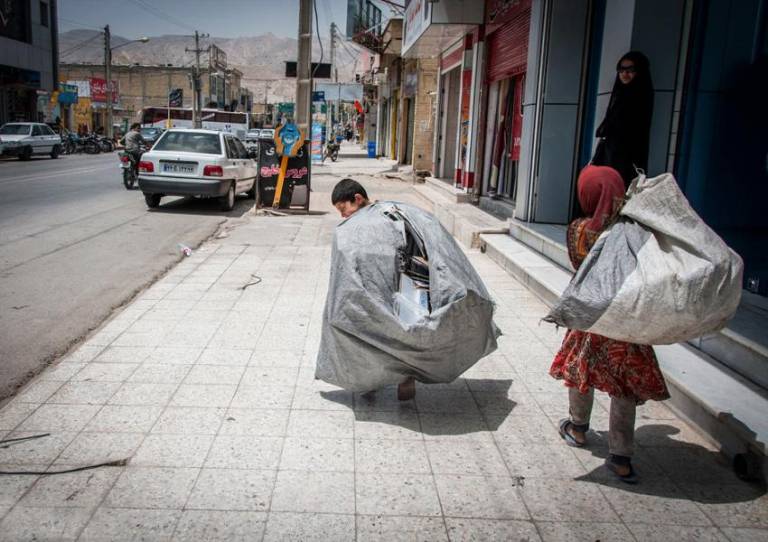 The figure on child abuse is reported while most cases of children abuse remain underreported in Afghanistan. The most shocking aspect of children abuse in the country, as some reports suggest, is that most victims are aged between 12 and five and most abusers are relatives or acquaintances of the victims.

Abdul Haq Ahmadi, chief prosecutor at Herat prosecutor office, says that as per statistics, cases of child abuse has increased this year. All cases of child rape would be investigated. Many of rape and Bacha Bazi cases filed to Attorney General Office (AGO) are under investigation, he says.

Afghanistan’s penal code deals tough with perpetrators of rape and child abuse. Any man who has sexual intercourse with an underage child, his act will be considered as rape and the consent of the underage person would be invalid, states Afghanistan Penal Code. The perpetrators of child rape will be sentenced to 16 to 20 years of imprisonment.

A number of Herat residents, concerned about the rise in children rape, have launched awareness campaign. Frotan Rahamni, who campaigns for child protection, says that they work for victims’ rights and try to spread awareness about child protection in the province. “Religious scholars and mullahs can also talk about the evil act of Bacha Bazi in mosques and madrassas.”

Abdul Khaliq Haqqani, chairperson of Herat Directorate of Hajj and Religious Affairs, says that there are tough penalties for perpetrators of child rape. “Child rape and child abuse are forbidden by Islam. According to Islamic jurisprudence, the perpetrator of child rape must either be executed or thrown down from a high place,” he said. Mr. Haqqani calls on religious scholars to raise awareness about child abuse in mosques.

Child labors at risk of abuse and harassment

Most Afghan children, who are working in streets of urban centers, remain highly vulnerable to daily harassment and child abuse. According to report, one  in  four  Afghan  children  aged between  seven  to  14 is engaged in work and bring food for their usually extended families.

The 13-year-old Gul Aqa supports his ten-member family. He picks garbage and sells it to recycling factories. Gul, whose father is unable to work, says he has been beaten and harassed several times for he has refused to accept sex proposals made by men. I have seen children being raped. Bacha Bazi is on the rise, we are asked to join them as guests. [They say] we can earn 300 to 400 afghanis, but I personally escape, he says.

Gul has no option but to work in streets. He has to support his family and pay a monthly 4,000 afghanis to a landlord. “The winter is arriving. There are no job. We are always harassed. I do not know where to get money and support my family.”

The 13-year-old Abdul Ahad, who polishes shoes at Taraqi Park in Herat, has gone through painful experiences of rape and sexual abuses. Ahad’s family, a local in Ghormach district of Badghis, has been displaced by war. “Cars would stop and ask us to go to a picnic with them. [It is a trap], they intend to sexually abuse us,” says Ahad.