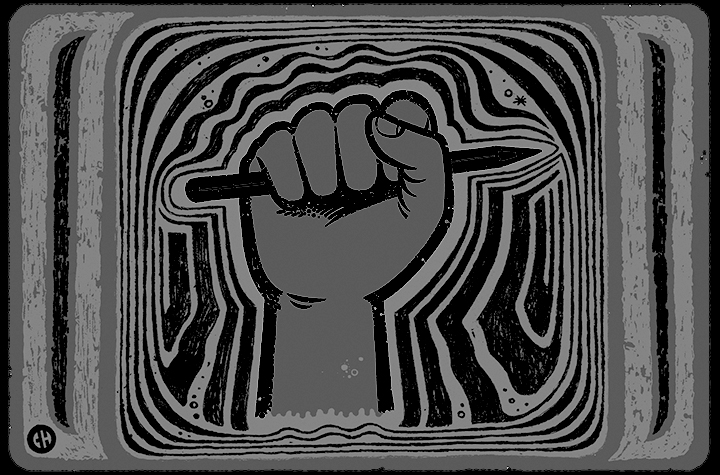 The persistence of gender disparity and the complicity of my generation

For many members of the Hazara diaspora including my generation, coming to the UK has been a life changing occasion. The freedom along with the educational and professional opportunities and facilities that the UK has endowed us all with, have transformed our lives in ways that we could not have imagined. Although, census data on population of the Hazara diaspora is unavailable, anecdotal evidence suggests that the Hazara diaspora constitutes between 10000 – 15000 people in the UK. The younger generation of our diaspora communities lead well-established lives both academically and professionally. And as someone who has been involved with the Hazara community, I have come to understand the extent to which the accomplishments of my generation are celebrated – and their worthwhile contribution to overall well-being of British society.

However, despite our academic and professional developments, our communities across the UK have remained rather uninfluenced by these accomplishments. Our individual self-transformation has not been translated into a pragmatic community level transformation, particularly with regards to gender. Gender norms and inequalities persist – and continue to play a determining role in the structure of our communities. The dominant order and the status quo constantly require and remind female members of our communities to comply with a set of predetermined and externally imposed gender-oriented standards and expectations. While my generation could have utilized their knowledge and expertise to confront this dominant order, we have instead often been complicit in reinforcing and reproducing them in subtle ways. As a student of social science and as a young member of the Hazara diaspora community, this disparity-inducing dominant order is particularly a matter of concern for me.

We need to understand the nature and causal factors of these problems through discourse and communication.

Restrictive standards produced by dominant order of our communities have not only facilitated the persistence of the “traditional division of labor” and the “private and public dichotomy”, which confine most women within the realm of the home and family – but have also inhibited their ability to acquire education and benefit from the opportunities that are so readily available in the UK. This in turn has led to an appalling disparity in the educational and professional development between male and female community members. It is important however, to clarify that female members of our community in this context denotes ‘married’ female members. It is indeed the married female members of our communities who are predominantly adversely impacted by these gender standards and norms.

These existing disparities have had far reaching implications, of which the two most immediate ones have instantiated in the financial dependency of women on men and the creation of a language barrier between these women and their children. Since the absence of a diverse external connection and networking opportunities, most women in our communities have not managed to learn the English language, while for their children English constitutes their primary medium of communication. Language barriers potentiate many challenges, such as communication difficulties between children and their mothers, in turn producing tensions within intra-family relationships.

This is not to deny the existence of extremely exceptional and scarce cases of women in our communities who despite gender stereotyped roles and responsibilities, manage to acquire education, enter the workforce and lead independent lives. Those women whom my generation invoke their painstaking journeys towards education to inspire – and to convey a message to other women with similar circumstances – that it is still possible to be married, raise children, bear the burden of housework, and nonetheless simultaneously pursue education and develop your career. But what is concerning is that my generation barely asks why should marriage be the bearer of such asymmetrical gender-based demands and expectations? Why should marriage be such a restricting enterprise for the women in our communities? This is not to downplay the importance of highlighting these exceptional achievements. For we all understand that female members of our communities also need inspiration and role models. But in doing so we must also question why the education and professional development of married women has continued to remain an exception? Why hasn’t it become normalized?

Additionally, the gender disparity-driven status quo manifests in the significantly low percentage of female attendees in almost all our public events and conferences, in the male dominated decision-making committee boards of our various community organisations, and the position of women behind the curtain in our celebrations and religious events. Of course, it is necessary to avoid presenting a monolithic unifying picture of our communities, since distinctions do exist and these issues are not present in all Hazara communities. It would be unfair not to acknowledge the advancement of some communities with regards to these issues. But it is undeniable that gender stereotypes continue to exist in one form or the other within almost all our communities.

At our events and conferences, we implore men to come along with their families, implying their wives. But we seldom reach out to these women themselves to inquire as to what prevents them from attending our conferences and what can be done to rectify that. The moment we avoid contacting women themselves and instead choose to ask men to come along with their families, we undermine women’s agency and autonomy. This lack of action within my generation makes us complicit in reinforcing gender norms and stereotypes in a subtle way that we are barely conscious of. We need to challenge the status quo by asking why the percentage of female attendees in our public conferences is so strikingly low? Why women have remained behind the curtain in our celebrations or religious events? And most importantly why the agency and autonomy of women in our communities have not been recognized? These are very critical questions that an educated mind must contemplate and be concerned about.

My generation have not only failed to address the above-mentioned matters, but contrarily, have immensely benefited from them, which has meant that there is not any room left for us to question them. We have accepted, embodied and driven benefit from the dominant order of the status quo. In fact, a critical observation of this situation reveals that the very individual, self-advancement of my generation is predicated on the “traditional division of labor” and the “service position” of women within our families and by large in our communities. Moreover, my generation – the educated generation of the Hazara diaspora have been complicit in the face of gender disparity because it has been serving our purpose. We are complicit because we have accepted the way things are and hardly had problems with them. And we are complicit because even though we understand and benefit from the emancipating power of education, we have greatly failed to create a mechanism that helps extend these benefits to the female members of our communities.

But there is hope and potential for change. My generation is educated, powerful, resilient and young, therefore through our collective critical reasoning and endeavour we can alter this gender-based disparity-driven status quo for good. My generation has the tool and expertise to establish mechanisms that can produce plausible solutions and help us accelerate the process for eradication of these issues. But in order to be able to do that, we need to first acknowledge the existence of these problems. By acknowledging that the status quo is predicated on gender-discrimination we take the first step towards challenging it. Moreover, we need to understand the nature and causal factors of these problems through discourse and communication. We need collective “conscious raising” and understating around these issues accompanied by collective action in order alleviate them.

Anis Rezaei is a graduate student at University of Oxford, the UK.