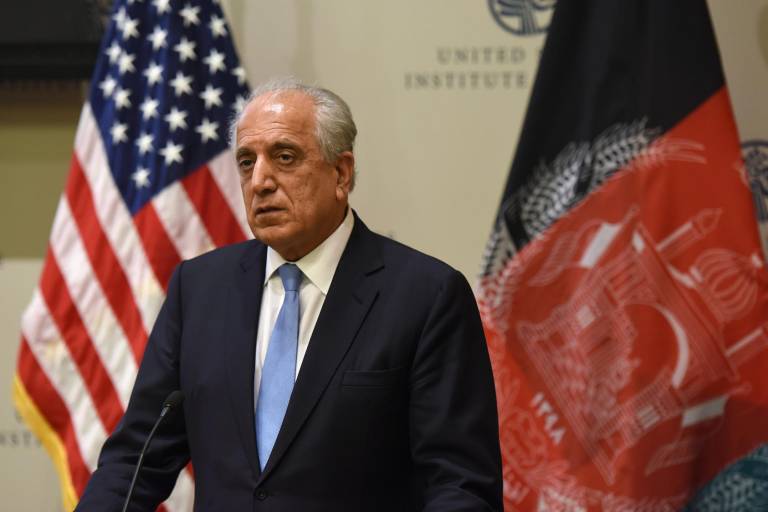 Khalilzad: window for a political settlement will not stay open for ever

Expressing disappointment over high level of violence despite commitments made by Afghan warring sides to lower it, the US peace envoy for Afghanistan, Zalmay Khalilzad, has warned that the window to achieve a political settlement will not stay open for ever.

The US Special Representative for Afghanistan noted that “intransigence and a refusal” to stop hostilities, embrace fellow citizens, and agree on a formula for political cooperation/competition underpin the ongoing war.

“Afghans are dying at a high rate, and regional spoilers are using Afghans as cannon fodder for their illegitimate objectives.  Bloodshed must end,” he further asserted in a tweet posted late last night, October 27, after concluding his visit to Norway and returning to Doha, capital of Qatar.

1/4 I return to the region disappointed that despite commitments to lower violence, it has not happened. The window to achieve a political settlement will not stay open forever. https://t.co/hVl4b032W6

This comes as the violence have dramatically increased across Afghanistan while negotiators of the Afghan government and the Taliban have got bogged down on concluding a negotiation procedure and principles in Doha. The intra-Afghan talks was kicked off on September 12 in the Qatari capital.

Issuing a statement on October 27, the General Secretariat of the Organization of Islamic Cooperation (OIC) has also deplored the recent surge in violence in Afghanistan. It has urged all stakeholder to reduce violence, declare an immediate ceasefire, and resort to dialogue as the “only way” to peace in Afghanistan.

The Taliban have intransigently rejected calls by the Afghan government, the Afghan people, international community, Islamic countries, and the United States for declaring a ceasefire during the negotiations. The group’s negotiators say it will be on agenda of the talks once the negotiation begins after a procedure is finalized.