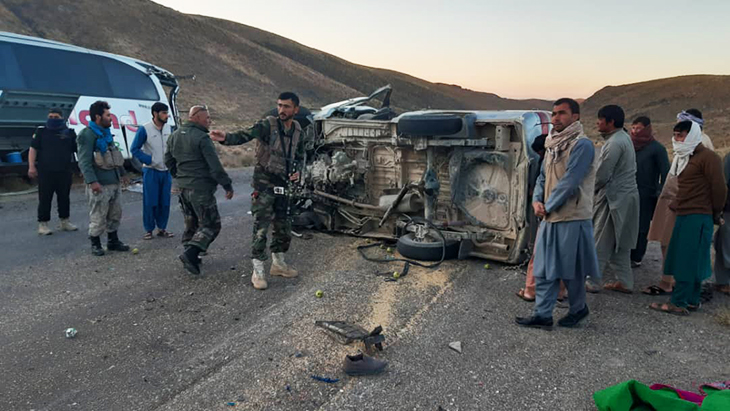 At least 11 passengers lost their lives and six others were injured after a commuter bus collided with a minibus in Adraskan district of the western Herat province, according to Herat Ambulance officials.

Talking to Kabul Now, Ibrahim Mohammadi, head of Herat Ambulance Service, said that the incident took place earlier this morning, October 01, around 06:00 AM in Mirhala area of Adraskan district.

He provided no other details.

Traffic accidents usually happen, some with high fatalities, due to poor road infrastructure and carelessness.