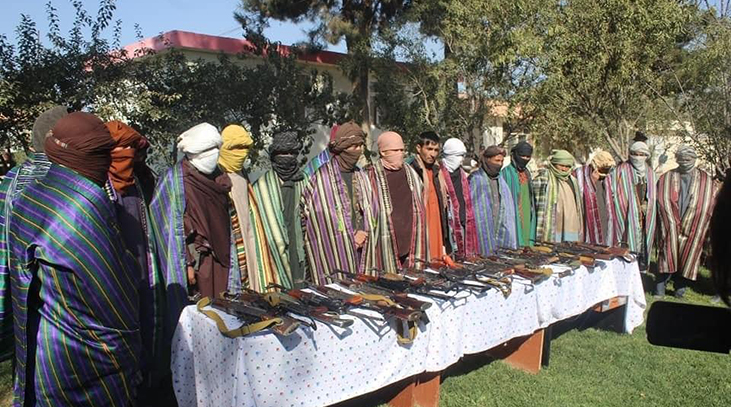 A group of 20 Taliban militant have surrendered to Afghan defense and security forces in the western Badghis province, a local official said.

Talking to Kabul Now, Najmuddin Burhani, spokesperson for Badghis governor, said that the militants who are led by Mullah Ashur, a prominent Taliban commander in the province, have laid down their weapons and surrendered to Afghan forces on Monday, October 12.

He added that the militants who were previously fighting Afghan security forces in all districts of the province have made a commitment not to return to battlefields.

The Taliban have not commented regarding surrender of these militants so far.

This comes days after local security officials in northern Afghanistan confirmed to Kabul Now that a total of 275 Taliban militants surrendered to Afghan security forces in the northern provinces of Balkh and Sar-e-Pul.

Despite news of Taliban surrender, violence level is extremely high across the country, particularly in the countryside.