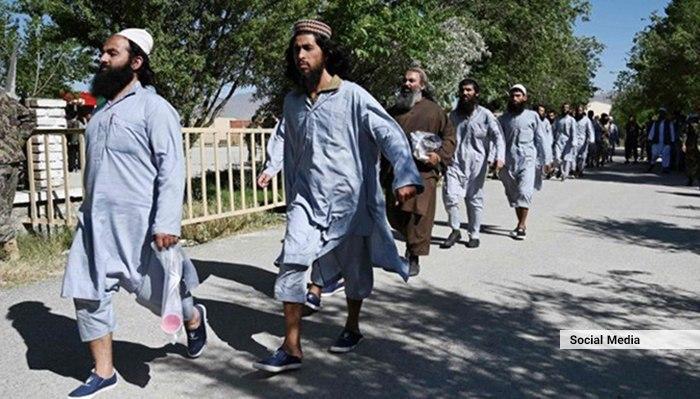 A majority of released Taliban prisoners have rejoined battlefield, Afghan officials say. Abdullah Abdullah, chairperson of Afghanistan’s High Council for National Reconciliation, and Asadullah Khalid, the acting defense minister, say that their intelligences suggest that more than half of the released Taliban prisoners have rejoined battleground, fighting against the Afghan security forces.

Concern over Taliban prisoners’ rejoining battleground comes while the government released Taliban detainees on certain condition of not rejoining the battlefield. Senior Afghan security officials, prior to the release of Taliban prisoners, said that the Taliban had assured them that they would not rejoin fighting.

Sayed Akbar Agha, a former member of Taliban, however, says the released Taliban prisoners go to battlegrounds for purpose of visiting their friends, which according to Agha, “does mean to resume fight against government forces”.

But Abdullah Abdullah, on September 22, speaking in a webinar with the State Department’s Foreign Relations Council, said, “honestly talking, I do not have a source that confirms a certain percentage of the released prisoners who [have] returned to battlefields and those who [have] not returned, but I know that a number of them have returned to battlefields, which are against their agreement.”

A study conducted by Queen University and published by Foreign Policy Magazine suggests that 60 percent of the released Taliban prisoners have returned to battlefields while number of them have been reappointed as military commanders in Taliban controlled districts. Based on Queen’s study, out of 108 former Taliban detainees interviewed in the survey, 68 percent of them have confirmed their return to war and fighting against government security forces. Only eight percent of released detainees, who wanted to go back to war, were stopped by their families. 24-28 percent of the released detainees are not willing to go back to war, shows the survey.

So far, the Taliban has not commented on return of its prisoners to the battlefield.

Atiqullah Amarkhail, a retired army general, believes that return of released Taliban detainees has strengthened the group’s rank and file. Taliban attacks on Afghan security and defense forces are underway in 14 provinces and 33 districts, he said. “On Wednesday, September 23, nearly 70 security forces were killed in Taliban attacks,” he added.

According to a State Department report to the Senate, the number of Taliban militants in Afghanistan is estimated to be 60,000. Other reports, however, indicate that the Taliban have nearly 90,000 seasonal militants, who go to war in a certain time.

Although two weeks have passed since the start of intra-Afghan talks, there has been little progress in talks. The negotiators of both sides are yet to agree on principles of negotiation.

A surge in Taliban attacks has dampened optimism about the future of Afghan peace. Taliban attacks on security forces continue to claim lives while peace talks between the two parties is underway in Doha.