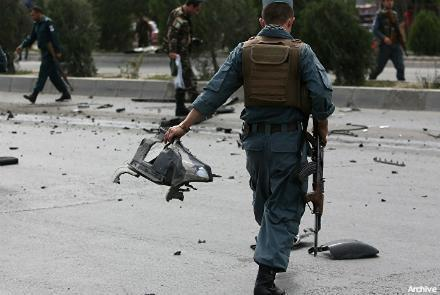 At least five civilians were killed and 11 others wounded in a roadside bomb blast planted by the Taliban militants in Surobi district of Kabul province, according to a local official.

The incident took place around 11:00 AM this morning, July 14, in Jagadlak village of the district, said Gawharkhan Baburi, district governor of Surobi.

He added that the wounded civilians have been transferred to hospital.

Though the Taliban have not commented regarding the deadly incident, the militant group usually plant roadside bombs to target members of Afghan security forces or government officials. The roadside bombs, however, often hit civilians.

Situated around 60 Km east of Kabul city, Surobi has witnessed an increased resurgence of the Taliban militants in recent years.