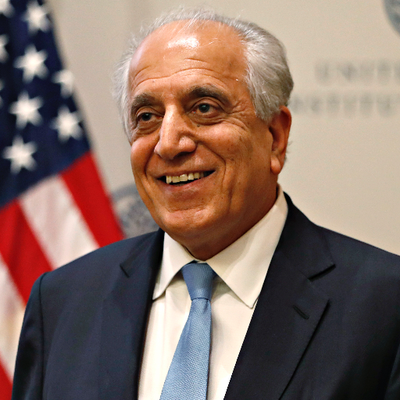 In response to the killing of five staffs of the Afghan Attorney General’s Office (AGO), Zalmay Khalilzad, the US special peace envoy said that “spoilers (both domestic and foreign) are trying to disrupt and delay” the peace process.

According to the Khalilzad, the lawyers who were shot dead by unknown men on Monday, June 22, in Dehsabz district of Kabul province, were working to facilitate prisoner releases. “We call for a full investigation to find the perpetrators and bring them to justice,” he asserted, asking the Afghan government and the Taliban to push forward to take the steps necessary to reach intra-Afghan negotiations.

Talking to Kabul Now yesterday, June 22, spokesperson for Kabul police department, Ferdaws Faramarz identified the assassinated AGO staffs as two prosecutors, one driver, and two other employees of the AGO.

Meanwhile, President Ghani’s spokesman, Sediq Sediqi, warned in a press conferene today, June 23, that the Taliban’s intensified violence is harming the peace process. Noting that the Taliban denial of one or two attacks could not acquit the militant group from all the deadly attacks, Sediqi called on the Taliban to make a clear stance regarding the recent hike in violence.

He further went on to touch on the Taliban’s reported and continued cooperation with the terrorist groups, particularly with al-Qaida. “Continuation of such cooperation is neither acceptable for the world, nor for the people of Afghanistan,” Sediqi asserted.

According to him, the Afghan government have so far released 3,600 Taliban prisoners and that the group also need to release prisoners of the government.

The Taliban have so far released a total of 600 prisoners of the Afghan government.

This comes after the Taliban deputy leader and head of the group’s political office in Qatar, Mullah Baradar, met head of UNAMA Debora Lyons in Doha. “Both sides talked about release of the remaining prisoners and commencement of intra-Afghan negotiations,” said spokesman for Taliban’s office in Doha in a tweet. He added that the two side also discussed on how to avoid the civilian casualties.