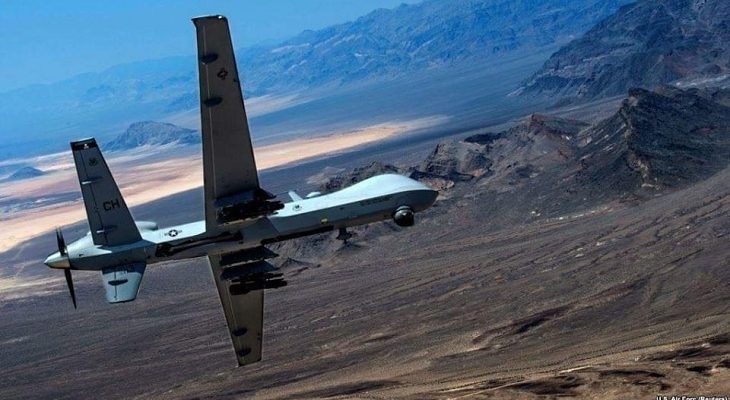 At least 15 Taliban militants were killed in an airstrike conducted by the international forces in Arghandab district of the southern Kandahar province, according to a local Afghan official.

Talking to Kabul Now, Jamal Naser Barakzai, spokesman for Kandahar police chief, said that the airstrike was launched earlier today, June 27, around 01:00 AM in Seyasang village of Arghandab district. He added that six other Taliban militants were wounded in the airstrike.

The local Afghan official further said that the international forces conducted the airstrike on a group of the Taliban militants who were about to launch an offensive on Afghan security forces in the district.

However they have repeatedly accused each other of violating the agreement.

According to repeated remarks made by the US military officials in Afghanistan, the Taliban have made an oral commitment to reduce the violence by 80 percent in Afghanistan.

The militant group, however, have ramped up their attacks against Afghan defense and security forces significantly since the Doha agreement.

Over 50 killed and wounded in recent violence

Around 30 people, including seven civilians, have been killed and 23 others wounded as the result of violence erupted between the warring sides over past 24 hours across Afghanistan. The capital Kabul, Paktia, Khost, and Faryab are the provinces where a latest series of violence have taken lives of Afghan forces, civilians, and the Taliban militants.

Spokesman for the Ministry of Defense (MoD), Fawad Aman, told Kabul Now that nine Taliban militants were killed and 10 others were arrested after the militants launched attacks on outpost of Afghan security forces in Paghman district of Kabul province. According to him, the incident took place on Friday, June 26, and the Afghan forces have not suffered any casualty against the Taliban.

On the other hand, two civilians – employees of the Afghanistan Independent Human Rights Commission (AIHRC) – were killed after a magnetic bomb attached to their riding vehicle went off around 07:45 AM this morning, June 27.

No group has claimed responsibility for the attack against employees of the AIHRC.

12 Taliban militants were killed and six others wounded as the result of a counterattack by Afghan forces in Mirzaka district of the eastern Paktia province. The police department of the province said in a statement issued yesterday, June 26, that one policeman was killed and two others wounded as the result of the Taliban attacks from four directions on Mirzaka district.

Furthermore, the Ministry of Interior (MoI) has confirmed that five civilians were killed and four others wounded after a Taliban mortar hit their house in Domanda district of the eastern Khost province. The MoI spokesperson, Tariq Arian, said that the incident took place late yesterday, June 26, in Sayedkhel village of Domanda district.

In the north of the country, an armed assailant who disguised himself in Burqa dressing to assassinate a local commander was shot dead by the commander’s security men in the northern Faryab province. Confirming the incident, Abdul Karim Yourish, spokesperson for Faryab police chief, said that the incident took place last night, June 26, adding that another attacker managed to escape the area.

The only period with less casualties were a short-term truce held between Afghan government and the Taliban during the Eid al-Fitr days started from May 24. Though the reduction in violence as the result of an undeclared extended détente between the two sides lasted more than three days, the violence continued to raise at an unprecedented level in 19 years.

In a statement issued on June 22, Afghanistan’s Office of National Security Council (ONSC) declared the previous week as deadliest in past 19 years of war in the country. The total casualty toll, including civilian casualties, reached 989 in the deadliest week, as per the account of the ONSC.