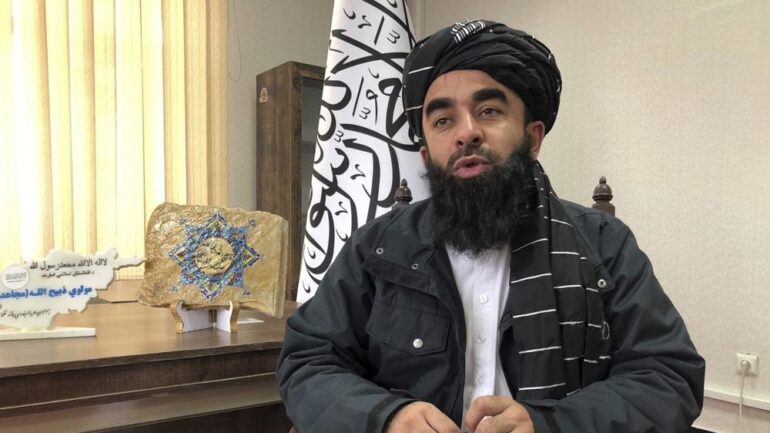 The Taliban Spokesperson Zabihullah Mujahid responded to the worldwide reactions over the public execution carried out by the Taliban under Qisas punishment – retaliation in kind – in the western Farah province. He stated that a number of countries and institutions lack proper information or have problems with Islam. These [countries] still do not have proper information and research about Afghanistan, stressed Mujahid.

Via a tweet on Thursday, December 08, Mujahid said that Afghanistan is an Islamic country where more than 99% of its citizens are Muslims and they [citizens] have sacrificed for the implementation of Islamic Laws and system.

Mujahid has mentioned that the death penalty exists all over the world, even in America and Europe. “The fact that Afghanistan is being criticized for applying Islamic punishments shows that some countries and institutions still do not have sufficient information in this regard or they have problems with Islam”, Mujahid added.

The Taliban spokesperson accused some countries and institutions of not respecting the beliefs, laws and internal issues of Muslims and said that such action is a clear instance of ‘interference’ in the internal affairs of countries and it is condemned.

For the first time after returning to power, the Taliban implemented the first public execution. Zabihullah Mujahid shared the news of this public execution in a statement on Twitter on Wednesday, December 07. The executed man Tajmir, an original resident of Anjil district of Herat Province was executed on the charges of murder and theft.

This public execution has drawn worldwide reactions. The United Nations, Amnesty International, the United States, the UK, and France have all condemned this public execution. The de facto authorities of Afghanistan have been urged to immediately stop any further executions and act swiftly to prohibit the use of the death penalty under any circumstances.