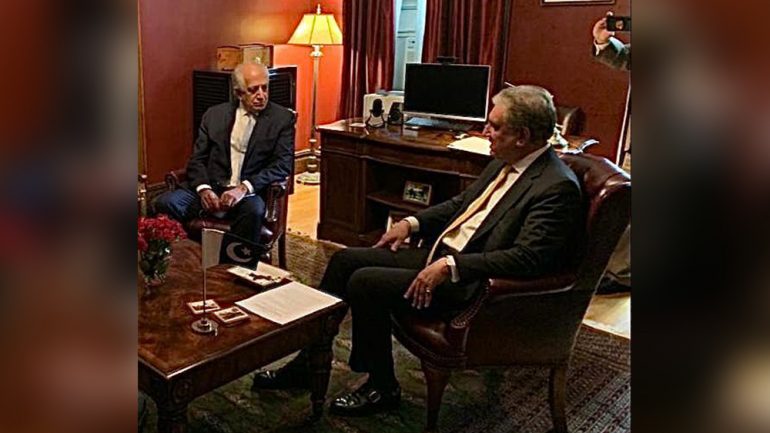 Pakistan Foreign Minister, Shah Mahmood Qureshi, and the US Special Representative for Afghanistan Reconciliation, Zalmay Khalilzad, have discussed “latest developments” in Afghanistan, Qureshi said in a tweet on September 21.

The meeting took place yesterday (Tuesday, September 21) on the sideline of the 76th Annual Session of the UN General Assembly in New York.

“Shared Pakistan’s concern for the growing humanitarian crisis in Afghanistan & need for the int’l community to address this as an immediate priority with aid and assistance to the Afghan people,” Qureshi noted in his tweet.

Pakistan is a key supporter of the Taliban’s current caretaker government and has been repeatedly accused of providing financial and military support for the group since over past two decades while being the biggest US Non-NATO ally in the war on terror.