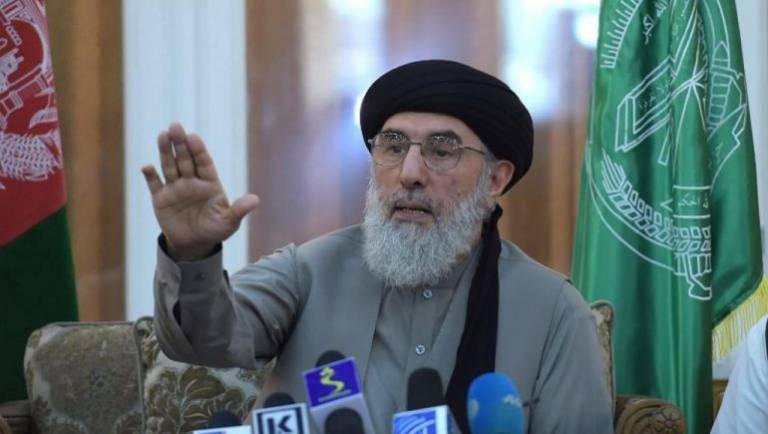 US wants to retreat from Doha deal, says Hekmatyar

Gulbuddin Hekmatyar, leader of Hezb-e-Islami, has said that recent remarks made by US President Joe Biden indicate that the United States wants to retreat from the peace deal signed with the Taliban on February 29, 2020, in Doha.

The US retreat from this deal does not have any rational, logical, and ethical justification, he noted addressing a large gathering held in Kabul today, February 14, to mark the 32nd anniversary of the Soviet’s withdrawal from Afghanistan. Hekmatyar further stressed that the US government must not retreat from this deal for personal differences between Joe Bidens, his Democratic Party, and the former US President Donald Trump. According to the Afghan Jihadi leader, Biden cannot force the Taliban to setback through exerting pressure.

His remarks come as the US new government, under Joe Biden, has already declared that it will review the US-Taliban peace deal.

Late in January, the US National Security Adviser, Jake Sullivan, and his Afghan counterpart, Hamdullah Mohib, had a conversation in which Sullivan assured of the US support for the Afghan peace process. “The U.S. will support the peace process with a robust and regional diplomatic effort, which will aim to help the two sides achieve a durable and just political settlement and permanent ceasefire,” the statement said.

In the latest updates about a slight shift in the US approach towards the peace process with the Taliban, Biden has signaled that he will keep US forces in Afghanistan beyond the May 01 deadline set in the US-Taliban peace deal.