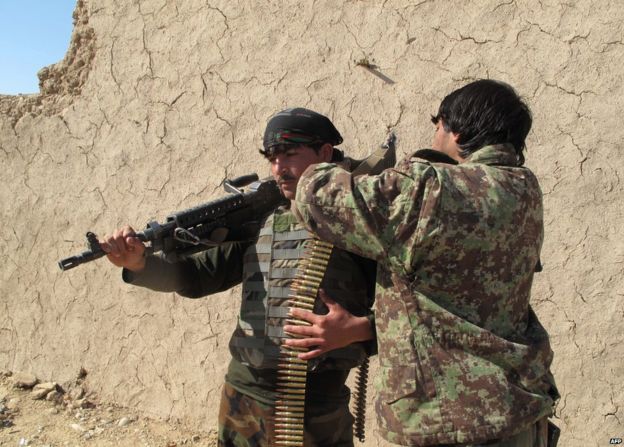 As many as five army soldiers, including a Company Deputy Commander, were killed and two others wounded after a roadside bomb hit their riding Humvee vehicle in Kejran district of the central Daikundi province, according to a local official.

Talking to Kabul Now, Ghairat Ali Jawahiri, a member of Daikundi Provincial Council, said that the incident took place today, Wednesday, February 17, in Tangi Suf and Karez area of Kejran district around 08:00 AM. He added that the army forces were hit while they were busy defusing landmines in the area.

The local official blamed the Taliban for planting the roadside bomb.

Situated in the central part of Afghanistan, Daikundi is a relatively secure province but some of its districts, like Pato and Kijran, come under sporadic attacks by the Taliban militants.

On the other hand, two police forces were killed and three others wounded after their riding vehicle hit a roadside bomb in Rozanak area of the western Herat province. Abdul Ahad Walizada, the spokesperson for Herat police chief, told Kabul Now that the incident took place today, February 17, around 10:40 AM.

Afghanistan has seen a dramatic increase in violence, specifically in the frequency of roadside bomb blasts, in recent months while the intra-Afghan talks with the Taliban remain stalled in Doha, the capital of Qatar.