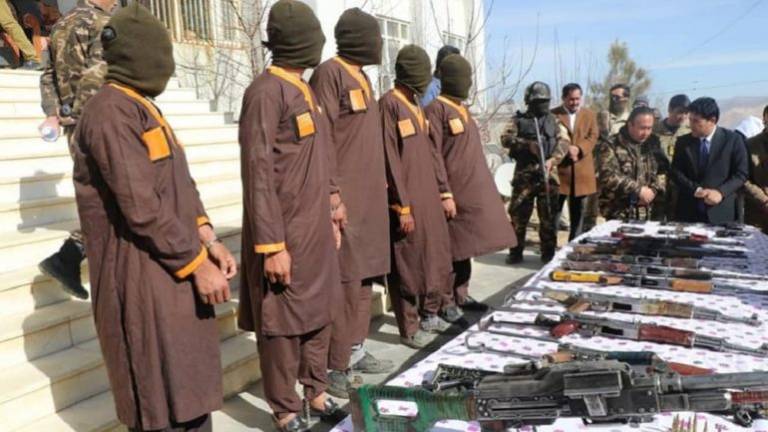 Operatives of the National Directorate of Security (NDS) have arrested five key members of the Taliban militant group in the central Daikundi province, according to local officials.

The NDS forces arrested the militants with 18 rifle guns and heavy weapons on Tuesday, February 09, in Pato district of the province, said Hayatullah Rahimi, the acting security head of Daikundi police department. He added that the militants originally came from Kejran and Pato districts.

A minibus and a motorcycle belonging to the militant group were seized during the operation, Mr. Rahimi said.

Mohammad Zia Hamdard, the governor for Daikundi, thanked the NDS operatives for anti-insurgency operation, describing it as a big achievement. He further went on to detail that two of the arrested Taliban members were involved in several landmine explosions, inter alia a road side bomb explosion in Pato district which killed one member of the Territorial Army Force – a pro-government militia – and wounded five others.

According to the governor, one of the arrestees were a key Taliban member who had hand in killing at least two police commanders and one policeman in Daikundi.

Situated in central part of the country, Daikundi is a relatively secure province. The Taliban, however, launch sporadic attacks in Kejran, Pato, and Nawamish district of the province in recent years.