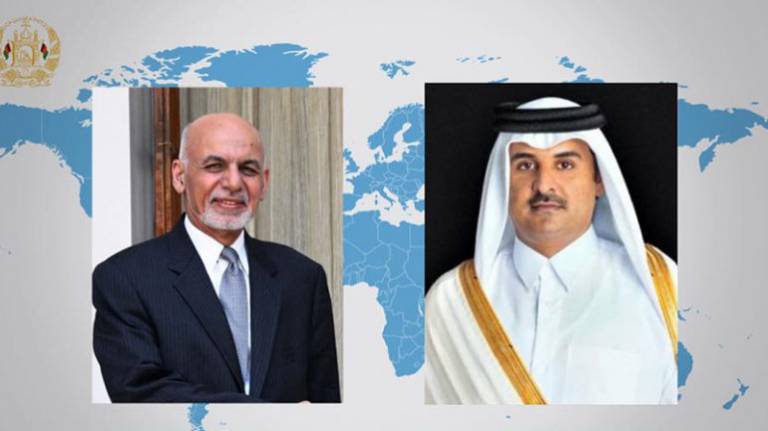 President Ghani and Emir of Qatar, Shaikh Tamim bin Hamad Al-Thani exchanged views on Afghan peace process. Shaikh Tamim said that the Qatari government, which hosts the intra-Afghan talks in Doha, will try best to facilitate a ceasefire between the Afghan government and the Taliban.

This comes as the next round of intra-Afghan talks is scheduled to take place in Doha on January 05.

Earlier, the Afghan government called on the Taliban to hold the second round of talks inside Afghanistan—anywhere they would prefer.

Speaking at a press conference held today, January 02, in Kabul, Abdul Hafiz Mansoor, a member of the government negotiating team confirmed that they will be leaving Kabul for Doha in two days to start the next round of negotiations with the Taliban.

The first round of intra-Afghan talks kicked off on September 12, in Doha, and concluded on December 12, with both negotiating sides confirming that they have agreed on principles and procedures of the negotiations.