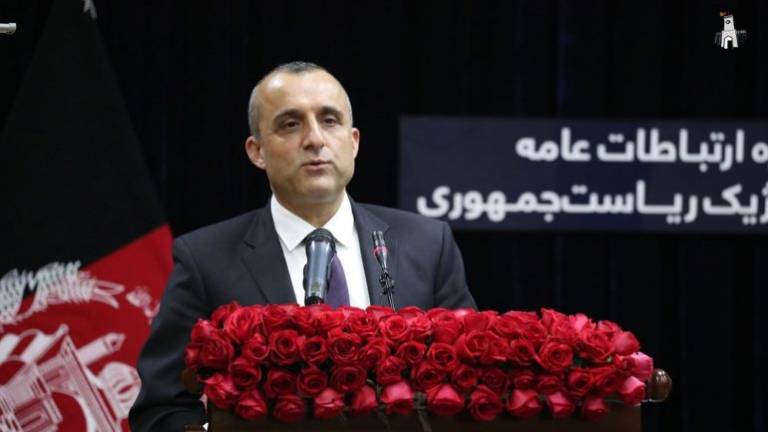 VP Saleh: peace route does not only pass through Doha

Afghanistan’s First Vice President, Amrullah Saleh, in an apparent rejection against current venue of the intra Afghan talks, has said that the peace route does not only pass through Doha, capital of Qatar – venue of the intra-Afghan talks and probably a preferred place by the Taliban.

The vice president wrote on Facebook earlier today, Sunday, December 27, that the Taliban do not believe in a peaceful life [in] the modern Afghanistan. He added that the US-Taliban agreement, signed on February 29 in Doha, has given a “fake and chaffy” self-confidence to the militant group.

Mr. Saleh warned the group that Afghan defense and interior ministries and the National Directorate of Security in cooperation with other government agencies could make it clear for the Taliban that they are wrong.

This is not the first time a top government official expresses distrust on continuation of the intra-Afghan talks in Doha.

Citing President Ghani’s speech at a cabinet meeting on December 14, Sediq Sediqi, the President’s spokesperson, said that the government was ready to negotiate with the Taliban inside Afghanistan—anywhere the group prefer.

The Taliban, however, oppose holding talks with government officials inside the country. In an interview with a Muhajer News, Zabihullah Mujahid, a Taliban spokesman, said that they opposed holding the talks inside Afghanistan for the group do not have control over airspace in their controlled territories.

The first round of intra-Afghan talks ended on December 12 and the second round is scheduled to start on January 05, 2021.

Mr. Saleh accused the Taliban of assassinating Afghan journalists and civil society activists in a bid to weaken the people’s will for defending their values in the ongoing peace talks with the group.