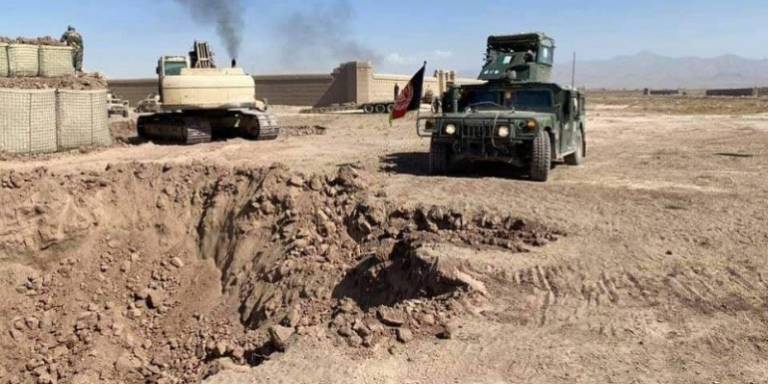 As many as 18 security forces were killed in fresh Taliban attacks in Baghlan and Urozgan provinces, according to local officials.

Talking to Kabul Now, Jawid Besharat, spokesman for Baghlan police chief, said that at least 13 Afghan security forces were killed after their outposts came under the Taliban attacks from different directions in Pul-e-Khumri, the capital city of the northern Baghlan province. He added that the Taliban militants launched their attacks last night, December 15, and the clashes continued until today morning, December 16, between the militants and security forces.

A local health official told Kabul Now that five others were wounded in the Taliban attacks.

Meanwhile, Zarmina Amani, spokesperson for Baghlan governor, said that casualty toll was expected to raise as the dead bodies were not completely transferred from the battleground.

Furthermore, a landmine explosion killed at least one person in Pul-e-Khumri earlier this morning.

On the other hand, five security forces were killed and two others wounded after their security outposts came under Taliban attacks in Dehrawood district of the southern Urozgan province. Ahmad Shah Sahel, spokesperson for Urozgan governor, said that the militants launched the attacks last night, Tuesday, December 15 in the district.

He went on to confirm that a commander of government forces, named Wali Mohammad, was also among the dead soldiers.

Meanwhile, the local official claimed that 11 Taliban militants were killed and six others were wounded in counterattacks by Afghan security forces.

However, some media reported that Dehrawood district has fallen again to the Taliban, detailing that 13 security forces, including the deputy police chief of the district, were killed and eight others were wounded.

The governor spokesperson, however, assured that the situation was under the control of government forces and the clashes were stopped.

The Taliban militants had overthrown the district on November 12 and it was retaken by Afghan security forces on December 04.